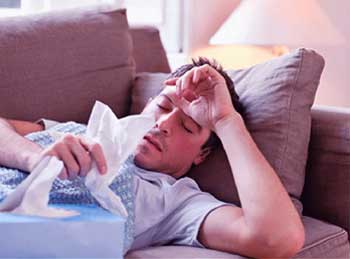 In China, once lived a man named Lee. He was wise, kind and very friendly. Once he organized a banquet and invited all his friends. They all had good time and returned home.

Some days later he went to meet one of his close friends. When Lee saw him, he realized that his friend seems to be in some trouble.

Lee asked him, “What’s matter? Why you look so unwell?”

His friend replied, “It was all because of banquet held at your home. At banquet when we were having drink, you proposed a toast to me and when we raised our glasses just then i noticed that there was small snake lying in wine glass.


Since then, i am not able to feel well. I lay in bed unable to do anything. I feel that because of that snake in wine something has happened to my health.”

Lee was puzzled to hear this. He asked his friend to take care and went back to home and look into matter.

When Lee checked about everything, at last he went to hall, where banquet was held. There he looked around, he realized the cause of his friend’s sickness.

Lee went back and once again invited his friend to his home. His friend refused.

Lee knew cause of his sickness and insisted him to come so that he can help him get well soon. Friend agreed and went to his home with him.

When they reached Lee home, Lee asked his friend to come with him to same room where banquet was held.

There Lee had laid table at same place, where it was kept on day of banquet.

Now, Lee asked his friend to again have a drink with him there. Glasses were filled with wine and then he raised roast to his friend.

When they raised toast, Lee pointed to shade of bow in glass and asked his friend to see. His friend observed nervously and said, “It’s same snake that i saw last time.”

Lee laughed and kept glass back and then removed bow that was hung on wall of his room with a painted snake on it.

And again asked his friend to see through glass and asked, “Could you snake anymore?”

His friend was surprised to find that snake was no longer in wine. Since whole truth came out, his friend recovered from his prolonged illness right away.

Moral:
One should not be too Suspicious unnecessarily because Some times our Negative thoughts becomes Reason for our Sickness.

You May Also Like: Positive V/s Negative Words Effect