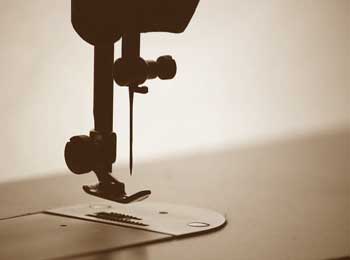 Once in a village lived a tailor named Suresh who was only tailor of village, all the people of the village used to come to him to get their clothes stitched. He used to earn a lot.

Suresh knew that villagers had no option but to come to him for clothes and became arrogant. If someone would come to him with complaint regarding stitching of cloths, he would misbehave and get in argument with them.

People were upset with him but still had to go to him as there was no other option.

One day a poor woman came with her child to village and started living there. She knew sewing work. So, in search of work she went to Suresh and requested him to hire her in his shop but he refused and drove her away.


Seeing no other way to earn her living, that woman bought a sewing machine and a small room with money she had and started sewing work in village.

Her sewing was good and she was soft spoken and friendly. So people of village started coming to her to get their clothes stitched. Her sewing work started to grow and in short time, everyone in village started going to that woman.

Due to non-availability of customers, Suresh source of income stopped. Whenever he saw that woman, he would get filled with jealousy and anger.

Seeing him upset, one day Suresh wife went to that woman and said to her, “Since you came, no one comes to my husband shop for clothes stitching. Two tailors cannot earn well together in this small village. If you agree, i would like to buy your shop.”

Woman agreed to sell the shop. Deal was settled for fifty thousand. After taking money she left village with her child same evening.

Here Suresh who was filled with jealousy and anger, went to that woman’s shop that night and set that shop on fire. Shop started burning and every thing turned to ashes.

When his wife came to know about this, she went to him and said, “What have you done! I met her and made a deal. I offered her to buy her shop for fifty thousand and leave this village. She agreed and left this evening. You set your own shop on fire.”

When Suresh heard that, he realized his mistake but now he could do nothing.