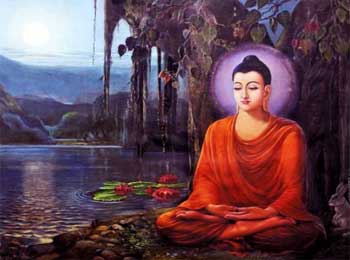 Once somebody came and started insulting and abusing Buddha. Buddha listened silently.

When man walked away, one of disciples asked Buddha, “Why did you remain silent?”

Buddha said, “Once I was passing through a forest and a branch of a tree fell on me. What do you think? Should I beat that branch of the tree because it hurt me, it wounded me?”

Buddha said, “If somebody Insults me, that is also the same. I simply happened to be there and that man was full of Anger. If I had not been there he would have been angry with somebody else. It was his nature. He was following his nature. I followed my nature.”

Once there was great King, who had come to see Buddha. He was sitting by Buddha’s side talking to him.

Just then an old man came, bowed down and touched Buddha’s feet.

Buddha asked old man, “How old are you?”

King couldn’t believe his ears and thought to him self, “Old man looks almost eighty, if not more and yet he is saying that he is four years old. May be i had mistaken in listening.”

So King said, “Pardon me sir, can you please repeat it again, How old are you?”

Buddha understood King’s confusion and said, “You don’t know the way we Count Life: It is four years ago that he became a sannyasi, that he was initiated into the Eternal, that he was taken into the Timeless. It is only four years ago that he crossed from this Shore and reached to the other shore. He has lived for eighty years but those years are not worth counting.”