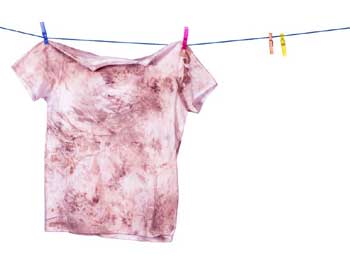 Once in a morning, in a village, a boy and his mother were going to market just then a woman came. She stood in front of them blocking their way and started abusing boy’s mother. That woman uttered a lot of abusive words to boy’s mother but even after hearing those abuse, boy’s mother didn’t say anything to that woman.

She smiled and walked away with her son.

When that woman saw that boy’s mother wasn’t affected by her words, she became more angry. She followed that boy and his mother. Again she blocked their way and started abusing worse than before.

She started abusing not only boy’s mother but her whole family. She abused her husband, her father and all other family members. Boy’s mother still kept moving without staying anything to that woman.


Even after listening too all that boy’s mother didn’t react. Woman got tired and seeing no reaction, she moved out of boy and his mother’s way and left.

As soon as that woman left, boy asked his mother, “She said so many bad things to you and other family members. Why didn’t you said anything to that evil woman? She was abusing so much and yet you kept smiling. Didn’t you got bothered at all with all her words?”

At that time mother gave no answer to boy. When both reached home, mother said to boy, “You sit here. I will be back in few minutes.”

When she came back, she brought some dirty clothes with strong odor coming from them. She gave those clothes to her son and said, “Take off your clothes and were these.”

Boy threw them away as soon as he took those dirty clothes in his hand.

Seeing this, mother asked her son, “Why did you threw those clothes away?”

Boy replied, “Those were very dirty clothes and there was so strong bad odor coming from them that i couldn’t even hold them in my hands. Yet you asked me to wear them. Why?”

At this, mother explained, “Just like you cannot wear these dirty clothes in place of your clean clothes, similarly how could I put the dirty words of that woman in my clear mind?

When someone tries to get in fight with you without any reason and say bad things, then should you let those words affect your clean mind? Why should i get angry and let her disturb my mind and peace by reacting to them?

We should not spoil our mind by holding dirty words of someone in our mind and neither should we waste our time by reacting to such a thing.

This was the reason why I did not reacted to her words..”

You May Also Like: One’s Nature and Enlightenment – Buddha Stories

Search Keywords: One Should React or Not to Abuse – Mother Son Story with Important Life Lesson, Don’t be Angry at Abuse by Other Short Deep Meaning Story