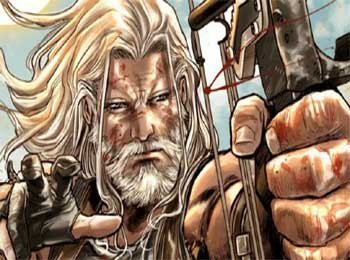 Once a man was perfect in archery. He went to Emperor of China and said that he wants to be recognized as greatest and best archer in China and for that he was ready for any challenge.

Emperor said, “Have you heard about an old archer who lives deep in mountains?”

Man replied, “I haven’t but i am ready to contest.”

King laughed and said, “You should go and meet him. If he recognizes you, i will recognize you because i don’t know archery. Bring in recognition from him and i will accept it without any further question.”


Man traveled to high mountains to meet him. There he is found a very old man whose back was bent, couldn’t stand straight.

Man asked him, “Are you a archer?”

Old man replied, “I used to be but half a century has passed. When i became a perfect archer, according to my master, i had to throw away my bows and arrows.

King sent me information that he was going to send somebody. You think you are perfect? Have you come for my recognition?”

Old man then said, “Then why are you carrying bow and arrows?”

Man replied, “Strange.. I carry them because that’s what my mastery is.”

Old man laughed and brought him out of his cottage to a mountain cliff. Old man was so old and cliff went so deep, thousands of feet into valley. It was so deep that if you miss a single step, you were gone.

Just then Old man walked on very edge of cliff, half of his feet hanging off cliff and half on cliff. Young man couldn’t believe his eyes.

Old man said, “Now you also come, there is enough space for one more.”

Seeing this old man laughed and said, “What kind of archer you are? How many birds can you kill with a single arrow?”

Man replied, “Of course, one.”

Old man smiled and said, “It’s a sheer wastage of one arrow to kill just one bird. You have to learn under a Zen master. My master never allowed anybody the certificate unless he was able with one arrow to bring down the whole flock.”

Man questioned, “How many can you kill?”

Just then a flock of bird flew over mountain. Old man looked at birds and seven birds fell down.

Man was surprised, “My God.. How did this happen?”

Old man replied, “When you can look with totality, your eyes can become arrow. You are a no voice, you couldn’t even come to edge of cliff. If you are trembling inside then your archery can not be perfect.

You may manage to hit targets but that is not the point. Point is that you have an untrembling total presence only then your total presence becomes as sharp as arrow.”

Then old man said, “You go back now and learn from this point. Target is not target, you are the target. Become total and if am still alive i will come and visit you to see whether i can give you recognition.”

Five years passed. These five years archer tried his best to be total and he succeeded.

Old man came and asked, “Where are your bow and arrows?”

Man replied, “It must have been tow years not that i haven’t seen any bow or arrow but it seems like centuries have passed. Now, i can do what you were able to do.”

Old man didn’t ask for any test and gave his recognition saying, “I can see your eyes unwavering totality. I can see in your body spontaneous relaxness.

For your recognition, i have come down from hills. Now, you can go and tell King that i recognize your talent.”

Learning:
Zen can bring new Valuation into Everything. It Transforms everything, Negates nothing. Mind Control and Calmness can Change a lot in our Field of Work.