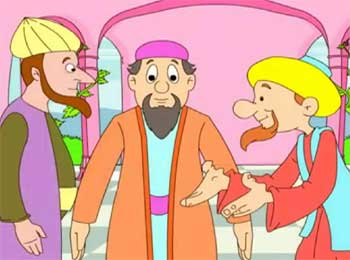 Once Nasruddin was invited to party a Mayor’s place. On day of party he went to Mayor’s place wearing very fancy clothes.

When Mayor meet him, Mayor’s eyes were caught on his big beautiful and fancy turban.

Mayor said, “Wow..!! What a magnificent turban.. I have never seen anything like it. If possible i want to buy it.. How much will you sell it for?”

Nasruddin calmly replied, “I can sell it to you for thousand dollar..”


Near by there was a local merchant who was listening to all this conversation. Listening to this he went to Mayor and took him aside and remarked, “This price.. Definitely exceeds the market value of comparable items..”

Listening to this, Mayor went back to Nasruddin and said, “Your price sounds very expensive..”

Nasruddin replied, “Well.. Price me sound costly for such item but price is based on how much i bought it for and i payed a lot for it.

And I knew that there is only one mayor in the entire universe with taste exquisite enough to buy such a turban at this cost.”

Upon hearing this compliment, Mayor immediately demanded that Nasruddin be paid full price for the turban and bought that turban from him.

******
Market Values of things depends on to Whom and How that thing is being Sold. An Expert Salesman can Sell things with his Quick Thinking and Convincing Ability by Reading the Customers Behavior and Response.