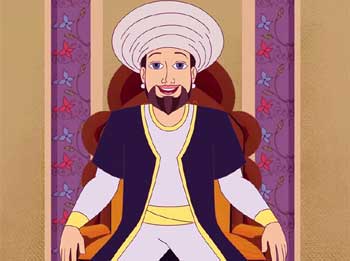 Once a great feast day was organized at palace.

Many people were invited and Nasruddin was one of them. Nasruddin went to a palace for a feast day but he was dressed in all ragged clothes.


He went inside and sat on seat.Servants who were serving food to all, didn’t knew who he was and noticed only his ragged clothes and offered no food to him.

After seeing this for while, Nasruddin went back to his place and put on his most extravagant clothing he had and then again returned to palace for feast day.

He sat on seat and this time servants noticed fine clothes, placed a number of dishes in front of him and treated him like royalty.

After servants were done placing dished in front of him, Nasruddin took handful of food and pour and rubbed them into his clothes, seeing this other guest asked, “What in the world are you doing?”

“Oh.. I am just feeding my clothes first.. After all they are reason.. What got me this food..!!”, replied Nasruddin. 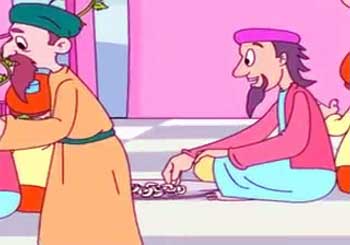 Once a scholar invited Nasrudin to a local restaurant to treat him for a meal. Both of them reached restaurant at decided time and went inside.

After getting seated, Scholar ordered lamb steak platter for both of them. After a while waiter came with a platter containing one large and one medium sized steak.

As soon as waiter kept platter on table, Nasrudin immediately acted and took the larger steak and put it on his plate.

Seeing this Scholar was in total disbelief and said, “Just now you violated virtually every moral, ethical, etiquette and religious principle there is..” and continued with long lecture.

When finally he was finished talking, Nasrudin asked, “Well, may I ask what you would have done if you were in my situation?”

Scholar replied, “I would have offered the larger steak to you and kept smaller steak for myself..”

Just than Nasruddin took smaller steak and placed it on Scholar’s plate saying, “Ok… Then it’s fine here you go..”