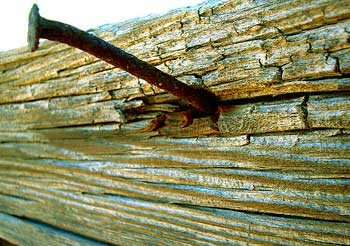 A Little Boy who Lived with his Father and Mother in a Small Village. He was only son in his family. Boy’s Parents were Depressed due to his Bad Temper.

The boy used to get angry very soon and Taunt other kids and use angry words. He used to scold kids, friends, neighbors. Because of this his parents got worried. As even if Boy himself Forgot what he spoke in Anger but his Friends and neighbors remembered that and avoid him.

His parents tried many ways to console him and his anger and develop kindness but all got in vain. Finally his Father came up with an idea.

One day His father called him and gave him a bag full of nails. He asked him to hammer one nail to the fence every time he gets angry. At that time little boy found this hilarious But still accepted to do so.


On very first day, the nails he hammered to the fence were 30. Now, every time he lost temper he used to ran toward the fence and hammer a nail to it.

As the little boy found this very difficult and decided to control his temper. Gradually, the number of nails he used to hammered reduced in several days and the day arrived when no nail was hammered to the fence.

He told his father that it was several days that he did not hammer any nail and he did not lose his temper!

Now, his father told him to remove the nails every day as he had controlled his anger. In Some days the boy was able to pull out most of the nails from the fence. However, there remained a few nails that the boy could not pull out.

The boy told his father about the same. The father appreciated him and asked him pointing to the hole, “What do you see there?”

Boy replied ” a Hole in the Fence ”

He told the boy, “The nails were your bad temper and they were hammered on people. You can remove the nails but still see the holes in the fence. Again, you cannot pull out a few nails. The fence never look the same! It has scars all over! You can stab a man with a knife, but the wound will remain there forever. Words are more painful than physical abuse! Use words for good. Use them to embrace the relationships. Use them to show your heart!”

Moral:
Inappropriate Verbal Usage Would Cause Permanent Marks Than Physical Damage..!! So, Let Our Words be Kind and Sweet.