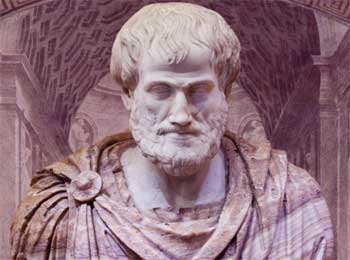 Aristotle was an Ancient Greek philosopher who Studied under the famous Scholar Plato. He was an Extremely curious Individual writing works on Poetry, Science and Animals which has Led to him being considered the “Father of Western Philosophy.”

Anyone can become Angry – that is Easy. But to be Angry with the Right Person, to the Right Degree, at the Right Time, for the Right Purpose and in the Right Way – This is not Easy.

I Count him Braver who Overcomes his Desires than him who Conquers his Enemies, for the Hardest victory is Over self.


It is Easy to Perform a Good action but Not easy to Acquire a settled Habit of performing such Actions.

The Wise man does not Expose himself needlessly to Danger, Since there are Few things for which He cares Sufficiently but he is Willing, in Great crises, to Give even his Life – Knowing that under Certain conditions it is not Worthwhile to Live.

Moral Excellence comes about as a Result of Habit. We become just by doing just Acts, Temperate by doing temperate Acts, Brave by doing brave Acts.

It is the Mark of an instructed Mind to Rest satisfied with the Degree of Precision which the Nature of the subject Admits and not to seek Exactness when only an Approximation of the Truth is Possible.

Character is that which Reveals Moral purpose, Exposing the Class of things, a Man chooses or avoids.

The Ideal man Bears the Accidents of Life with Dignity and Grace, Making the best of Circumstances.

All Human Actions have one or more of these Seven causes: Chance, Nature, Compulsions, Habit, Reason, Passion, Desire.

The Beauty of the Soul shines out when a man Bears with Composure one heavy Mischance after another, Not because He does not Feel them but because He is a man of High and Heroic temper.

First, have a Definite, Clear practical ideal – a Goal, an Objective. Second, have the Necessary means to Achieve your ends – Wisdom, Money, Materials and Methods. Third, Adjust all your Means to that End.

We Live in Deeds, not Years; In thoughts, not Breaths; In feelings, not in Figures on a dial. We should Count time by Heart throbs. He most Lives who thinks Most, feels the Noblest, Acts the Best.

Excellence is Never an Accident. It is always the Result of High intention, Sincere effort and Intelligent execution. It represents the Wise choice of many Alternatives – Choice, Not chance, Determines your Destiny.