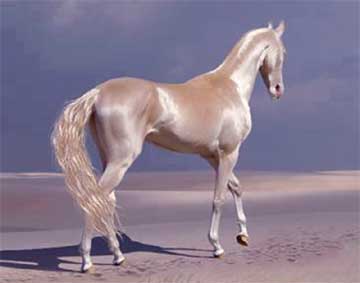 Once there was an poor old man used to live in a village. He was poor yet even king’s were jealous of him because of a beautiful white horse he owned.

He was offered fabulous prices and money to sell that horse but old man would refuse saying, “This is not just horse to me, he is a person and a friend.. can you sell a person or a friend?? No.. it’s not possible.”

One day in morning when he went to stable he saw that horse was not there. News spread in the village and whole village gathered at his house.

They said, “You are foolish old man.. Everyone wanted that horse, Everyone knew that someday it would be stolen. You could have sell that horse for any price but yet you kept it. Now horse it gone, what a misfortune..!!”


Old man replied, “Fact is that horse is not in stable, everything else you say is a judgement. How do you know whether it’s a misfortune or not?”

People replied, “Don’t fool us.. A treasure has been lost, it’s a misfortune.”

Old man replied, “I just know that stable is empty and anything else i don’t know because this is just a fragment. Who knows what’s going to follow..”

People laughed at him and left. They said that he was crazy. He could have sell that horse and live a better life rather than living in misery and poverty. Now even that horse is stolen and he lost all hope of getting wealthy.

After few days horse came back from wilderness and with him came more horse of same breed.

People around village gathered again and said, “Old man, you were right. We are sorry for our judgement. You were right it wasn’t a misfortune but a blessing. Now, you have more beautiful horses. You can train them and sell them to earn money.”

Old man replied, “Again you are going too far. Just say that the horse is back and say that it’s a blessing to have more horses — but don’t judge. Who knows whether it is a blessing or not? It is only a fragment. It will pass too.”

Old man’s only son started to train horses. Just few days later while training one of those wild horses old man’s son fell from the horse and his legs were broken.

Hearing this news people gathered and said, “You were right. Having more horses isn’t a blessing. Now your only son is injured because of this. In this old age what will you do with your crippled son..”

Old man replied, “Don’t go that far. Say only that my son has broken his legs. Who knows whether this is a misfortune or a blessing? — nobody knows. Again a fragment, Life comes in fragments and judgment is about the total.”

People came to old man and said, “Our son’s are gone for ever. Injury to your son proved to be blessing.. At least now he is alive living with you.”

Old man replied, “Nobody knows! Only say that — our sons have been forced to enter into the army and your son has not been forced but no one knows whether it is a blessing or a misfortune. Nobody will ever be able to know it. Only God knows.”

Moral:
Similar is our Life.. When ever Something Bad happen, with just that Fragment we come to Conclusion but we Never think that there are Things which are completely Beyond Us.

We should not Judge any Situation just by with what we See. We Never know what’s going to come Next.

You May Also Like – Fisherman and Sage.. (It’s not Always way it Looks)