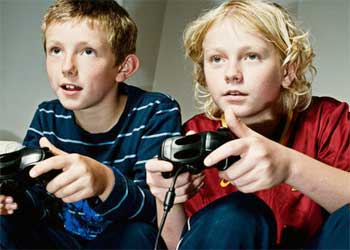 Once in a city lived a boy Steve who loved to play video games. He was good at playing games yet he became expert in all kind of tricks and cheating because he couldn’t stand losing to anyone.

He became so expert at cheating that he could play practically win any game by cheating without even being noticed. He would win at any game he played.

But there was one poor boy Tom who would play with him always. Champion enjoyed himself at poor boy’s expense and always making that poor boy look ridiculous as he lose.


One day Steve got bored with all playing around and thought that he could win bigger. So he decided to apply for video games championship as he thought that there he would find some competitors worthy of himself.

At Championship, he was keen to show his skills. When competition started everyone played there best. Steve also tried to play his best but just then he realized that he was so habitual of using cheats and tricks that without them, he was not able to play well.

He felt terribly embarrassed, he was good player but without his tricks and cheat he was not able to beat anyone. He was soon eliminated from competition. He sat there, sad and pensive.

Finally competition ended and champion name was announced. Steve was surprised to know that it was poor boy Tom, whom he had always beaten.!

At that time, Steve realized his mistake and learned that It hadn’t mattered to the poor boy if he lost and got a good beating because what he was really doing was learning from each of his defeats and from so much learning he had been transformed into a real master.

From then on, the boy who had loved winning gave up wanting to win all the time. He was quite happy to lose sometimes, because that was when he would learn how to win on the really important occasions.