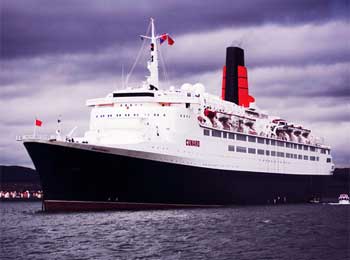 A scholar named Bukhari used to live in Saudi. He was known for his honesty. Once he embarked on a long voyage by sea.

Before starting journey, he kept a thousand dinars with him for his journey. During journey, Bukhari met other travelers and made friends with them. Bukhari shared his wisdom and knowledge with them.

Among all, he got close with one of travelers. One day while talking Bukhari told him about one thousand dinars he had with him and and then showed him. Seeing that much money, traveler got greedy.

Traveler started to think of a plan to get that money from Bukhari.


One morning, traveler started to cry loudly and said, “My one thousand dinars were stolen. What will i do now?”

Seeing him crying, ship staff came and said, “Why are you panicking. Whoever had stolen that money, couldn’t have gone anywhere. That person will be caught soon.”

Soon, search began. One by one every passenger was searched, When Bukhari turn came, ship staff and passenger who had gotten well acquainted with him till now said, “We shouldn’t search you. It would be a crime to even doubt you.”

Hearing this, Bukhari said, “No. No. Money had been stolen, if you won’t check now then suspicion will remain in his heart. So you should search me too.”

Bukhari was searched. Nothing was found from them. At last no money was found.

After two days, same traveler went to Bukhari and sadly asked, “You had thousand dinars but they couldn’t find anything when they searched you. Where did that money go?”

Bukhari smiled and said, “I threw them into sea. You want to know why?”

Bukhari replied, “It’s because i had earned only two riches in life – One is Honesty and Other is People’s Trust. If that money had been recovered from me and i would have told them that its mine then people would have believed it but still people would have doubted my honesty and truth.”

Moral:
Once lost Money can be earned again but if one’s prestige and people trust is lost then It won’t be possible to gain that again.


You May Also Like: Old Witch and Knight Story – Respect Others