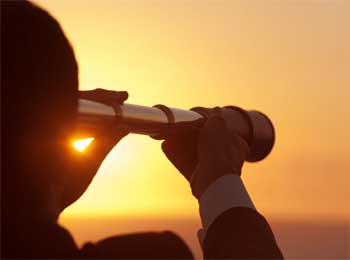 Once in a village, lived a merchant who used to work very hard. One day, he called his accountant and said, “Find out how much money i have and for how long it will be enough?”

After a few days, accountant came with calculations and said to merchant, “According to your expenditures done in present, if it stays same than and even if there is no income from today on, even then your next two generations can eat.”

Merchant was shocked. He said, “Then what will happen to third or fourth generation?”

From that day onward, merchant started thinking about them and got sick. He took many treatments but still there was no relief.


One day a friend of merchant came to meet him and saw that he was not well and seemed worried . So friend asked him reason for his worry. Merchant said, “Even after earning so much, yet there is nothing for third or fourth generation.”

His friend understood his problem and said, “A monk lives at a distance and if you bring him food in morning then your disease will be cured.”

The very next day merchant reached monk’s place with food. Monk welcomed him with respect and called his disciple saying, “Merchant has brought food for us.”

Disciple replied, “But for today, someone has already given us food.”

Listening to this monk said to merchant, “Sorry, but someone has already given today’s food, so we can’t accept your food. Our rule is to accept only one meal, which is given early in the morning, we accept it and can’t take anymore. I apologize.”

Merchant said, “Can i bring it tomorrow?”

To this monk replied, “We do not think today, for tomorrow. When tomorrow comes, then God will send it itself.”

Merchant left for his home. Throughout way he kept wondering about what monk said and thought that monk doesn’t even worry about tomorrow and here i am worrying about third and fourth generation.

Merchant understood that and left all his worries and started living happily.

You May Also Like: Farmer Worry and Helper Story – Interesting (Must Read)

Search Keywords: Merchant vs Monk Thinking – Story about Worrying, Story to Motivate about Not to Worry, Short Interesting Story about Thinking for Future, Story for Adults to Live Better and Happy Life, Deep Meaning Short Story, Have Faith and Trust in God Story