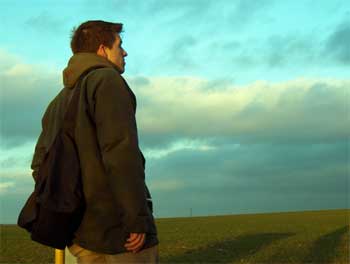 Once upon a time in a small village lived a very wise man. He was head of local administration and was respected by all. People used to come to him at times to seek good advise on different aspects of life.

But ironically his own son was lazy and nothing was there to make difference in his ignorant attitude. As year passed by old man got worried about his son future. To take care of family he needed to make his son realize his responsibility. So one day he asked his only son to come to him and said, “Son you are grown up man now, and need to understand your responsibilities.”

Surprised and amazed by his father words he said, “Father how will i manage without you. I will be lost without you.”
Now his father replied, “I want you to find real purpose of your life and when you find it, always remember it and it will lead you to life to happiness and joy.”

Next day, his father gave him a bag. When son opened it there were 4 pair of clothes for each season and some raw food, grains and some money and a map. As son was wondering his father said, “I want you to find a treasure.” And that map is of place where the treasure is hidden and you need to go and find it.


Next day, son set out on his journey eager to find the mystery treasure. He traveled across many rivers, forests, mountains to reach his destination. He prayed for well being of his father and wanted to show his finding on when he reach home.

On his journey he met many people some helped him with food and gave him shelter and also met thief’s and robbers who stole his belongings. He wanted to reach there before anyone else. Finally after a long year, He reached the cliff where he could find his treasure but couldn’t find any treasure there.

Tired and devastated by his father’s lie, he headed back home. On his way back he went through same landscapes and weather but this time he stopped and enjoyed the nature like peaceful summer evenings, blooming of flowers etc.

He met same people who helped him on his way and this time he stopped and spend some days with them, help them with their chores and also show them gratitude. He realized how wonderful were those people who helped passer by without any expectation in return.

Almost after 2 years he reached home. He went straight to his father room. He walked up to him slowly and whispered, “Father” being careful not to disturb his sleep. The wise man opened his eyes and as he saw his son and embraced him.

Father asked, “So, how was your journey son? Did you find treasure?”
Son replied, “Journey was fascinating but forgive me father, i couldn’t find any treasure. May be someone took it before i reached there.”

He was surprised at his own answer because he was asking for his father forgiveness in stead of getting angry at him.

His father smiled and asked him to sit on chair next to him and said, “That’s because there was no treasure.”
Son questioned, “Then why did you send me there?”

Father replied, “I will tell you but first tell me how was your journey while you were going to find treasure. Did you enjoyed landscapes and meet new people made friends?”
Son replied, “No father, I didn’t got distracted. I was focused on reaching my destination as soon as possible. I didn’t have time to enjoy and make friends.
BUT
Yes i must admit that i did all this on my way back to home. I enjoyed my journey back and learned many new skills and mastered art of survival, so much that i forgot the pain of not finding treasure.”

His father held his hand and said, “Exactly my son ,You wanted to know how to lead life and find your goals…but if you lead your life going after a goal on this journey called life , you miss out the real treasures on the way because you are so focused on finding the goal. When the truth is that life has no goal at all, other than to just live it and grow with it each day.”

Moral:
To be what You were Born to be and to Explore your Full potential each day is Life’s only Goal

You May Also Like: Using All Your Strength (Father Son Story)

Search Keywords: Life is Beautiful Live it to the Fullest – Motivating Story, Wise Man And His Son Journey Short Story about Real Purpose of Life