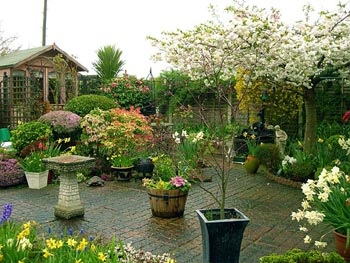 One Young man lived in neighboring house of an old retired man. They both used to love gardening and take care of their plants in the garden. Young man always wanted his garden to look better and best than old man’s garden.

Once they both planted identical sapling in their garden.

In morning when young man saw his garden he saw that plant which grew big and robust has got uprooted where as old man’s plant was unharmed.

Soon old man came out of his house to check on his garden.

Young man went to old man and asked, “My plant was so big and green and still it was uprooted in last night rain where as your plant was just normal and yet it is not uprooted.. Why??”

Where as i was supplying just enough to keep it alive and for rest of its need  plants roots had to go down deep inside soil to fulfill it’s need.

That’s why your plant was not able to hold it in when hard weather comes.”

Moral:
Same rule Applies to Children too. What matter is not just the Outside but the Inside. We should Provide them with Enough for basic Need but After that We should Let them Learn on their Own. This will Help them to Become a Better and Strong person.