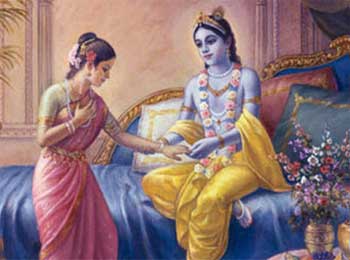 When Lord Krishna returned Dwarka, after battle of Mahabharata, his wife Rukmani questioned him, “Guru Drona and Bheeshma were such righteous people and had a lifetime of righteousness behind them. Why did you supported one’s killing them?”

Rukmani asked, “What was that sin?”

Lord Krishna replied, “They both were elders and were present in court, when Draupadi was being disrobed. Being elder hey had authority to stop it but still they didn’t. This single crime was enough to destroy their righteousness of lifetime.”


Then Rukmani asked, “What about Karna? He was known for his charity. No one ever went empty handed from his doorstep. What was his sin?”

Lord Krishna replied, “No doubt, Karna was known for his charity. He never said no to anyone, he even gave away his impenetrable golden armor but when Abhimanyu fell after successfully fighting an army of greatest warrior there.

He lay dying, asked for water from Karna who stood near by. At that time, there was a puddle of clean water where Karna stood but no wanting to annoy his friend Duryodhana, Karna didn’t give water to a dying man.

In doing so, his charity of lifetime was destroyed. Later in battle, it was same puddle of water in which wheel of his chariot got stuck and he was killed.”