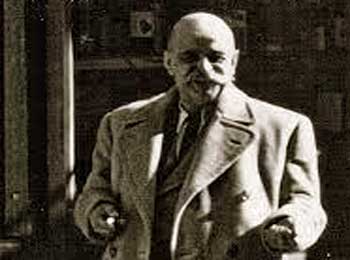 Ouspensky was marvelous thinker from Russia who was very famous for books he had written.

Once Osupensky visited Gurdjieff who was a saint and said to him, “I want to put some question to you.”

Ouspensky took the paper and went in corner of room, he meant to make a long list.


But when he started to write, he found himself in strange predicament…

He asked himself – Do i know God?

Answer came for within – I do not know God at all!

Then he asked – Do I know soul?

Answer was – I know about soul but that is all.

For almost an hour, he grappled with himself but couldn’t bring himself to write anything.

Then he went to Gurdjieff, handed him blank paper and said, “Forgive me, I have been under an illusion and thought that i knew but the way you spoke and look in your eyes made this seemingly simple question impossible to answer.”

Gurdjieff asked, “Then how did you wrote all those famous books?”

Oupensky replied, “They do no matter now. I was under a spell of my so called learning but when you spoke to me for first time and questioned, i was overwhelmed with my ignorance.

Now i feel like i know nothing. I have revealed enough in words and taken them for knowledge but as far as knowing is concerned, my attainment is zero.”

Gurdjieff said, “In that case, you are qualified to know, for you have understood the very basic that you know nothing.”

Learning:
First step to knowledge is – To know that you know nothing. This act of confession requires great courage, to acknowledge oneself that – I do not know.

You May Also Like: How Does a Person Become Great – Inspiring