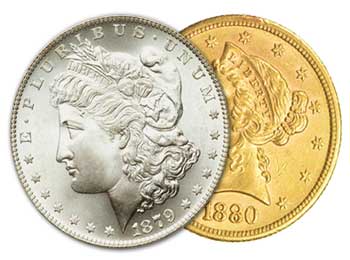 Once in a Kingdom, there was Priest who was famous for his intelligence and wisdom.

One day, King invited Priest to his court. When Priest reached King’s court, they had deep discussions on many subject. When he was about to leave, King said, “Pandit ji, If you allow i want to ask you one thing.”

King said, “You are so intelligent then why is your son so stupid?”


Hearing this, Priest felt bad and asked, “Why are you saying this?”

King replied, “Because your son doesn’t know what is more valuable among gold and silver.”

Hearing this, all courtiers started laughing, seeing this Priest felt humiliated but returned to his home without saying anything.

On reaching home, his son bought water for him. But Priest refused to take water and said, “Son, i will take water only when you answer my question.”

Son replied, “Ask me anything.”

Priest asked, “Tell me, what is more valuable between gold and silver?”

After hearing his son answer. Priest asked. “You gave correct answer. Then why does King call you a fool and says you don’t know value of gold or silver.”

He told his father, “Father, sometimes, King spend time with some of his courtiers outside palace. They make arrangement to sit on the side of road by which i go to school every morning. There are knowledgeable and intelligent people sit and discuss various topics.

Now every time King saw me pass by, he would call me ask same question. Every time i would pick silver coin. Seeing this, they ridicule me and laugh at me and i quietly leave from there.”

Hearing this, Priest said, “Son, when you know that gold is more valuable then why do you prove yourself to be fool in their eyes? Today i had to feel humiliated because of this.”

Son laughed and said, “Father, come inside me. I will tell you the reason.”

He took his father to the inner room and there was a box kept at one corner. He opened that box and showed it to him. Priest was surprised to see that it was filled with silver coins.

Priest asked, “Son, where did all this came from?”

Son replied, “Father! It has become a game for King to stop me and ask that question with gold and silver coins in his hands. Whenever they play this game with me, i choose a silver coin and get to bring it with me at home.

Priest understood but he wanted others to know that his son is not stupid. Next day, he went to King’s court with his son and told him everything.

After knowing whole thing, King was happy to know about Kid’s cleverness. He ordered a box full of gold coins and gave them to Priest son and said, “You are real scholar.”

Learning:
Never show off your Potential. When time comes, whole world will know how Powerful you are. On that day you will Shine and Whole world will Respect you.

You May Also Like: Pilot and Photographer/ Scientist and God – Funny Stories

Search Keywords: King Question and Kid Reply – Story with Twist, Priest and His Son Story, Clever Kid Response Story, Different Perspective Story about Being Smart and Witty, Thinking Out of the Box Story