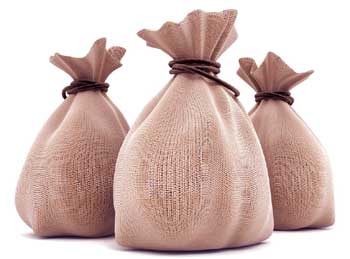 Once a King called his three ministers and gave a bag to each of them and said, “Go to forest and fill up the bag with fruits and bring it back another day.”

First minister was honest and hardworking. He thought that it was King’s order so he did his best and filled bag by collecting best fruits available there.

Second minister thought that since King is very busy person, so he may not look thoroughly into bag and check what has been collected and hence he collected whatever he could lay his hands on and quickly finished task.

Because of this second minister bag was filled with mix of good and rotten fruits.


Third minister thought that King would only see externally how much bag is filled up and hence he just filled it up with all dried leaves and dust.

Next day, all ministers came back to court with their respective bags.

King didn’t see check any bag. He ordered all of them to be sent to isolated rooms for one months, where they will not be provided with any food but were allowed to carry their respective fruit bags to that room.

First minister could spend month in that isolated room with comfort with fruit bag because he had chosen fresh and best fruits at that time.

Second minister could survive for sometime with good fruits but later he developed diseases by eating rotten fruits he had collected.

Third minister had collected only leaves and dust. So, he had nothing to eat while staying there. He barely survived t end of month.

At end of month King called them. Seeing them he understood whole situation and first minister was rewarded for his honest work.

Moral:
One Should Carry Out Every work Honestly. As One have to undergo the Consequences of our Own Activities.