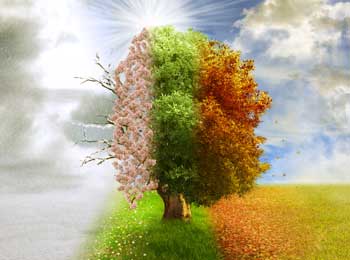 Long time ago, there was a kingdom in far south. It’s King had three sons. One day he thought that his sons should be given some education to prepare them for the time they take the reigns.

With this thought, King called his three sons to the court and said, “There is a pear tree outside our kingdom. I want you all to go in search for this tree at interval of four months and find out how is that tree?”

After receiving King’s orders, Each son went in search of that tree at their decided time.

After all of them returned. King again called everyone to the court and asked them, “Tell all about that tree.”


First son said, “Father, that tree was crooked and dry. It looked lifeless.”

“No, no, it was not lifeless but full of leaves yet there was not a single fruit on that tree.” Second son said, stopping first one in middle.

Just then third son said, “Brother you seem to have seen a wrong tree because i saw pear tree and it was very magnificent and was laden with fruits.”

Three sons started arguing with each other about what they saw.

Just then King got up from his throne and said, “Sons. you don’t need to argue among yourselves. In fact, all three of you are correctly describing that tree.

I deliberately sent you to search the tree in different seasons and what you saw was according to that season.”

On basis of this experience i want you to learn:

First, If you want correct and complete information about something then you should check it for a long time, whether it an object or a person.

Second, Just as the tree is dry, green or laden with the fruits because of different season, Similarly there are ups and downs in life of human being. If you are ever going through bad phase, keep up your courage and patience because Time Changes.

And Lastly, do not stick to your words as if its only right thing, open your mind and also listen and know thoughts of others. World is full of knowledge, even if you try, you can not earn all the knowledge by yourself alone. Therefore, do not hesitate to seek advice from knowledgeable person in state of confusion.

You May Also Like: King and Two Beggars Story – Ask God