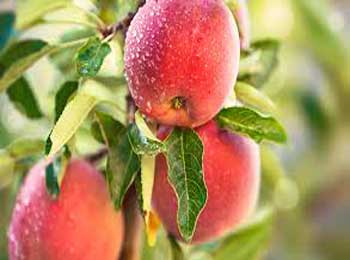 Once a King had a beautiful parrot. Parrot was very intelligent and because of his sweet voice, king was happy with him.

One day, parrot told King, “I want to go to my parents and begged King to give him permission to leave.”

King allowed him and said, “Fine but you have to come back in five days.”


While coming back, parrot thought of taking a gift for the King. He remembered about a nectar fruit which could give one his youth back.

Parrot wanted to take that fruit for King. He flew towards mountain to get that fruit. It was night, parrot plucked that fruit and thought of spending night there. While he was sleeping a snake came and bite that fruit and because of that fruit was poisoned by it’s venom.

In morning, parrot picked up that fruit and flew toward palace. When he reached king, giving that fruit to King he said, “I have bought this nectar fruit for you. After eating this you will be young and immortal forever.”

Just then a minister who was with King at that time, said, “Maharaja, you should check first, if this fruit is edible or not?”

King agreed and fed a piece of that fruit to the dog.

After eating that piece, dog died in agony. Seeing this, King became very angry and with his sword he beheaded parrot in an instant.

King threw that fruit out. After some years, a tree grew at same place. King gave instructions that no one should eat the fruit of that tree because King thought that these nectar fruit was poisonous and parrot tried to kill him by feeding that fruit.

One day an old man who didn’t knew about tree, was resting under that tree and plucked a fruit from that tree and ate it. Old man became young because fruits that grew on that tree were not poisonous.

When King came to know about this, he was very sorry and ashamed of his actions.

You May Also Like: Saint Teaching – Man Question about Atonement