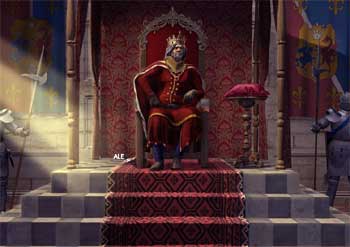 Once there was king who had three sons. King was getting old and he knew that time has come when he should decide which son will succeed his throne after him. He wanted to give his throne to his son who can handle his kingdom wisely.

King called his three son and said, “I will give you each 100 bucks and an empty room. After week i will check each room, One whose room will be filled most, will become my successor.”

All of them agreed.

Eldest son thought, “At such time of inflation, how can someone fill a whole room with something with such less amount. He was not able to think of anything. So he decided that he will gamble that money and make more money so that he can have enough money to fill that room with things.”


Middle son thought, “He can’t buy anything new with such less amount that can fill whole room. So he just collected all the garbage and fill that room with it. He was happy that he had filled that room as per condition of his father.”

After one week king went to each son.

Eldest son told him that, “I went to play gamble and lost that amount. Now i have no money to buy anything so now i have nothing to fill that room.”

After listening to him king felt disappointed and said, “If i give you throne then you will just gamble away your kingdom.”

Then king went to second son. After king reached the second son, he began to feel nausea because of smell coming from that room. King asked his son, “where the smell is coming from?”

Second son replied, “Dad.. that all i could get in 100rs. I filled this room with garbage because of which this bad smell is coming from room.”

After reaching his room king felt good because of fragrance coming from his room. He asked his son, “What did you bought with that 100 rs?”

King was happy to see his younger son and decided to give his kingdom to his youngest son.

Moral:
God had given us this body, Now it’s our choice how we want to use it and keep it..

3 thoughts on “King and His Sons – Three Empty Rooms Story”