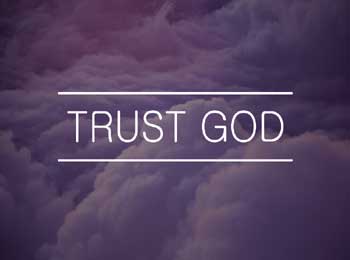 Once upon a time lived a King who was very Kind and took care of his Kingdom people very well.

One day, he was cutting an apple and accidentally he cut hi finger. King cried aloud, just then one of his minister who was present at that time, came toward King.

Minister took a piece of cloth and while tying cloth to King’s finger he said, “Don’t worry. Whatever happen, Happens for good. It’s mercy of God. Thank God.”

King got angry and said, “What nonsense you are talking. So much blood is coming out. I am crying in pain and you are saying it’s mercy of God. You are big fool. I will throw you in jail.”


Just then, King called his guards and asked them to throw minister into jail.

Even then, Minister smiled and said, “Whatever happen, Happens for good. Thank you God.”

Next day, King went alone for hunting in forest. There were no guards or minister with him at that time.

Soon, he lost way in forest and landed in enemy’s tribal kingdom. King got surrounded by Tribal head and his soldiers. They tied King to a tree.

Tribal drank and danced around King and shouted, “Let this man be sacrificed to our God.”

They started preparing for sacrifice. King was helpless and sad. he didn’t know what to do. There was no one to help him.

After all preparations were made, tribal priest came to inspect King saw that King had a bandage on his finger.

Seeing this priest said to tribal head, “This person had already cut on his finger. We need someone whose whole body is without any cuts. Thus this person is unfit to be sacrificed and let him go back.”

Tribal head freed King. King got back to his kingdom safely and told this story to his minister who was put in jail.

Minister then smiled and said, “See, i told you whatever happens, happens for our own good. It’s mercy of God.

On that day you cut your finger and it saved your life and when you put me in jail, my life was also saved.”

King was confused and said, “How’s your life saved?”

Minister replied, “Wherever you go, I have to be with you but on that day i was in jail, so couldn’t come with you.

If i had come with you then tribal king would have sacrificed me because there was no cuts on me. This way i was saved too. That’s what i believe”

GOD DID NOT PUNISHED YOU, HE IS PREPARING YOU. TRUST IN GOD’S PLAN, NOT YOUR PAIN.

Learning:
We should Trust God and believe that Whatever Happen, Happens to our Own Good. If We follow this Philosophy, then we will stop Worrying too much and it would make our Life more Happier.

Search Keywords: Motivational Stories about Trust in GOD, God has His Own Ways Learning Stories for Everyone