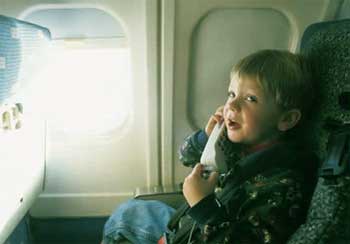 On a Sunday afternoon, On a small private plane a Doctor, a Lawyer, A Little boy and a Sadhu were out. Suddenly an engine problem occurred in the plane. In spite of the best effort pilot was not able to get plane to fly properly, so the plane started to go down.

Knowing that plane going to crash the pilot grabbed the parachute and yelled to other passengers that they better jump off the plane and try to save their lives. He himself bailed out.

Unfortunately there were only three parachutes left and people on the plane were four.

Instantly Doctor grabbed one and said, “I have to save lives of other people so i must live.” and jumped off the plane.


Then the lawyer said, “I am lawyer and lawyers are the smartest people on earth so i deserve to live.” and he too jumped off the plane.

Now the Sadhu and the Little boy were left on the plane with one parachute left. So the Sadhu looked at the little boy and said, “Son, i have lived long enough. You are young and have whole life ahead. You take the last parachute and Save you life.”

Little boy Handed the parachute back to Sadhu and said, “Don’t worry. The smartest man(Lawyer) just took off with my backpack.”

Moral:
Your Job doesn’t Always Define you, but Being a Good Human being Does.

You May Also Like: Clever Kids..! (Kids Way to Help Others)