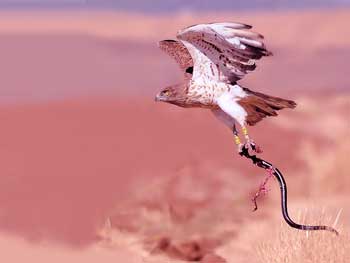 The fruit of the unknown Karma…?

Long time ago, a King invited Brahmans for Bhoj (feast). Bhoj was organized on large scale so the kitchen was set up outside in open area of palace.

On day of Bhoj while Cook was preparing food for Brahmans, an eagle flew over that kitchen with a snake clutched in his claws.

Snake who was clutched in eagle’s claws spit out poison to free it self from eagle’s but a few drops of poison got mixed in the food which was being prepare for Brahmans.


No one noticed anything and food was served. As a result Brahmans who came to eat, died eating poisonous food.

Now when the king came to know of the death of all Brahmans, he got very sad and every other person in palace also got sad because of unfortunate event because of which Brahmans got killed.

Case was brought to Yumraj. In such situation it was difficult for Yumraj to decided that to whose account Karma of this sinful act should this be added..

1. King – who didn’t knew that food became poisonous.
2. Chef – who didn’t know that it food got poisoned while cooking.
3. Snake – who spit poison in his self defense.
4. Eagle – who flied over king’s palace holding snake in his paws.

For many day case remained pending in Yumraj’s file.

After sometime, some Brahmans came to Kingdom to meet King. On way they asked a lady about way to palace.

Lady told them way and at same time said, “Take Care going there… King of this kingdom kill Brahmans like you, by poisoning them through food they eat.”

Just as woman said there words, Yumraj took a decision. He said that death of those Brahmans should be added to karma of this lady. She have to suffer to consequences of this sin.

Chitrgupt (Yumraj Assistant) got confused and said, “But Lord, this lady had nothing to do with that unfortunate event then why?”

Yumraj replied, “When someone sins, he get great joy in it but when those Brahman got killed it didn’t bring joy to King, nor to chef, nor eagle, nor that snake but this woman got pleasure by telling about that sinful act. Therefore, consequences of that sinful act which was unknowingly done by that King will now add into this woman’s karma.

Moral:
In our life we often think that we haven’t done anything wrong yet why we have to suffer??

Therefore, we should not declaim about any sinful act of other’s.

You May Also Like: Two Friends Story (How Karma Works..!)