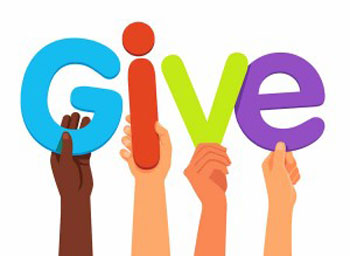 Once a teacher and his student went out for a walk. After walking a while they reached a farm where student saw a pair of old torn shoes which seemed to be belonged to poor farmer who was just preparing to get back to his home after a whole day of hard work.

Seeing this student thought of an idea to have fun and said, “Master, We don’t we hide these shoes behind bushes and wait for farmer to come. It would be fun to watch his reaction when he will not be able to find his shoes..!! ”

Teacher felt bad, looked at his student and said, “Son, it’s not good to play such cruel joke with a poor person.”

Teacher thought for a moment and then with a smile on his face he said, “Son, I have a better idea.. Why don’t we just put some coins in each of his shoes and hide behind bushes and then see how farmer will react when he find these coins in his torn shoes??”


Student just wanted to see reaction of poor farmer so he did what his teacher asked him to do and then they both hid behind bushes to see farmers reaction..

After this when farmer slipped his foot in another another shoe, he again felt something hard in his shoes and when he checked he found some more coins and seeing those coins farmer got emotional and tears came out of his eyes.

Farmer folded his hands and looked toward sky and said, “O God, thousand time thanks to that unknown helper who helped me in this time of need Because of that person kindness and help now i will be able to buy medicine for my sick wife and will be able to get bread for my hungry children.”

Students eyes were filled with tears after listening to farmer words. Keeping those coins in his pocket poor farmer left for his home.

After poor farmer left teacher questioned his student, “Now tell me what would had make you more happy? Hiding his shoes or keeping some coins in his shoes??”

Student had tears in his eyes and said, “Master, I will never forget the lesson you taught me today. Now i understand meaning of words — Joy of Giving is much more than taking.. Joy of giving is limitless.. Thank you master..”

Moral:
Instead of creating trouble for Someone we should Try to Help People whenever we can because When we give someone It not only Bring Happiness to Them but to Ourselves. Joy of Giving is much more than Taking..

Keywords: Joy of Giving Short Stories – Best Moral and Inspirational Stories for Kids, Story About Giving to Others/ Joy of Giving is Limitless