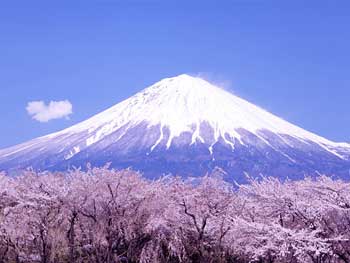 Many years ago, there lived a woodcutter. He was a giant stature and lived with his wife and children.

One day, a woodcutter meet a priest. Priest talked to him and then said, “I am afraid you never pray. You should find time from your work to pray to God.”

Woodcutter replied, “If you had a wife and a large family to keep, you would never have time to pray.”

This remark made priest angry and angry priest gave woodcutter a vivid description of horror of being reborn as toad or insect for million of years. Such details scared woodcutter and he promised priest that he would start praying from now on.

Unfortunately from that day woodcutter did nothing but pray. He started to pray all day long and refused to do any work because this wife and children starved.

Woodcutter wife, who had never been even rude to her husband, now became extremely angry and pointing to starving children she said to him, “Take up your axe and do something. Be more helpful to us all than just mumbling prayers.”

Woodcutter angrily replied, “Woman.. God come first. You are an impertinent creature to speak to me so. I will have nothing to do with you any more.” and snatched up his axe and without looking back, left his home.

He strode out of woods and climbed up Fujiyama, where a mist hid him from sight.

Woodcutter seated himself upon mountain and there he heard a soft rustling sound and just them saw a fox. He deemed it extremely lucky to see such creature and forgetting his prayers, he ran after it, in hope of finding it again.

After a while, when he was about to give up, he saw two ladies sitting down by a brook playing.

Woodcutter was completely fascinated by that. He could nothing but sit down and watch them. He lost track of time.

There was no sound except soft clicks of pieces on board game and sound of running brook. Woodcutter couldn’t keep his eyes off those women.

After he had been sitting there for three hundred years, though it was for him just afternoon. He saw that one of those woman made a wrong move and said, “Wrong move..!”

In moment those women turned into foxes and ran away.

He attempted to pursue them but to his horror he realized that his limbs were terribly stiff and his hair were long, bearded touch the ground. He saw that axe he was holding, it handle was crumbled into a heap of dust.

After many painful efforts, he was able to get up and slowly proceed toward his home but when he reached the spot, he was surprised to see no hut.

There he saw a very old woman. He went to her and said, “Good lady, there was a hut here i used to live there but it has disappeared now. I went away this afternoon and now when i am back in evening, it has vanished.”

Old woman inquired his name. When he told him, woman laughed and said, “You must be mad. That woodcutter lived here three hundred years ago. It is said that one day, he left his home, his wife and children. He abandoned his responsibility and just left. He never came back.”

Woodcutter was shocked, he murmured and cried, “300 hundred years!! It’s not possible. Where are my dear wife and children.”

“Buried.! If what you say is true that your children’s children too. God have prolonged your miserable life in punishment for having neglected your responsibility and duties toward your family.”, replied woman.

Big tears came down, woodcutter withered cheeks as he said in husky voice, “I have lost my manhood. I have prayed when my dear ones starved and needed labor of my once strong hands.”

At last he realized, that if one Pray, He should Work too.

It is said that his white spirit still haunts Fujiyama when moon shines brightly.