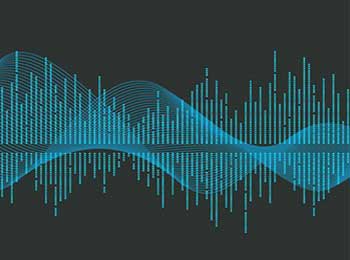 The Scientific study of Sound waves is known as Acoustics.

The Loud noise you create by Cracking a Whip occurs because the Tip is moving so Fast it breaks the Speed of Sound.

When traveling through Water, sound moves around Four times Faster than when it travels through Air.


The Sound of Thunder is produced by rapidly Heated Air surrounding lightning which Expands faster than the Speed of sound.

Amphitheaters have a Curved shape to create an Area which Echoes or Amplifies sound.

Wind doesn’t make Sound unless it hits Something in it’s Path.

If the Vibrational waves of a Medium changes, the Sound it Produces will also change.

Hard materials can reflect Sound so that the Sound travels back in the Opposite direction. This is called an Echo.

The most Loudest natural sound on Earth was caused by an Erupting Volcano.

The Majority of Cows which Listen to music end up Producing More milk than those that do not.

Sound is unable to Travel via a Vacuum because a vacuum is Empty of matter.

All Different Frequencies that the Human ear can hear played at once, form the sound “OM”. This Sound is referred to as the ‘Sound of Creation’.

Sound is used by Many animals to Detect Danger warning them of Possible attacks before they happen.

Sounds that are Greater than 85 decibels can Damage your Hearing. Ordinary conversation is held at 60 decibels.

The Long Range Acoustic Device categorized as a Sonic weapon, is capable of firing a ‘Beam’ of Sound hundreds of meters. If you are Close to the Weapon when it Fires, you can Lose your hearing or be Physically hurt by the Sound waves.

The Incidence of Hearing loss in Classical musicians has been estimated at 4 to 43%, in Rock musicians it is 13 to 30%.