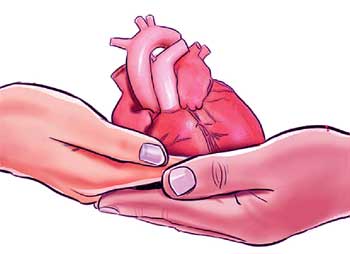 One of the most powerful rich man in Brazil made a announcement. He announced that he will be burying his million dollar rare Bentley car in the ground so that he could he could drive it even in his after life.

This received a lot of media attention and some even criticized him for wasting such rare and precious commodity as he can donate it for charity.

Even after many criticism he received, he went on with ceremony on the decided date. Media was present there to cover that event.

Ground was prepared for the burial of his Bentley. Just moments before lowering that car into ground, he declared that he wouldn’t bury his car.


People present there were confused and questioned his announcement.

Just then he told everyone about his real motive for creating all the buzz and drama was to create awareness among people about Organ Donation..

He said, “People condemn me because I wanted to bury a million dollar Bentley, in fact most people bury something a lot more valuable than my car.

They bury hearts, livers, lungs, eyes, kidneys. This is absurd. So many people waiting for a transplant and you bury your healthy organs that could save so many lives..”

You May Also Like: Price of a Miracle..! (Little Girl Heart Touching Story)