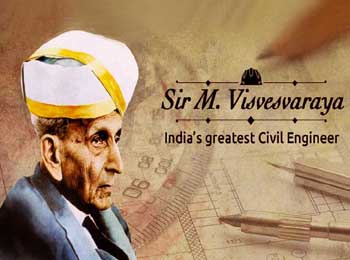 A train was running at high speed. In a compartment, an Indian man was also sitting with the Britishers.

All Britishers were making fun of that Indian man. Some were laughing at him seeing his dress and calling him coward, while some were getting angry and shouting, cursing at the management that why an Indian was allowed to board on train with them.

But all this had no effect on person sitting there wearing dhoti-kutra (Indian attire), black coat and turban on his head. He was sitting there calmly, with serious face as if he was focused on something.

Train was running at high speed and ridicule and insult of that Indian man by Britishers also continued.


But then suddenly that Indian man got up from the seat and shouted loudly – Stop the train.. and before anyone could understand anything, he pulled chain of the train.

At this action of Indian man, anger of British broke out and everyone started abusing him but he stood still in a serious posture as if none of those words were affecting him.

Train guard came running and asked in stern voice, “Who stopped the train?”

Before any British could speaks, Indian man stood up and said, “I stopped it.”

Train guard shouted in anger, “Are you mad? Getting on train for first time? Stopping train without reason is a crime.”

Indian man replied calmly, “Yes. I know but if i had not stopped the train, hundred of people who are on train would have lost their lives.”

Hearing that person, everyone started laughing at him.

Indian man continued, “Tracks are broken at some distance from here. If you want to confirm, you can go and see for yourself.”

Listening to this, Train guard and some Britishers got down from train and walked toward that direction to check and even on the way they were talking bad about him.

After walking some distance, everyone was shocked to see that indeed track was broken, it’s nuts and bolts were open.

Now all those Britishers including train guard who were calling that Indian man coward, mad and were abusing him, came back to train and started looking at him out of curiosity.

Train guard asked, “How did you knew that tracks were broken?”

Indian man replied, “When people were busy with their work in the train, my attention was focused on speed of train and train was moving at normal speed.

But suddenly there was a change in it’s speed due to vibration of the track and this happens only when track is broken at some distance. Therefore, without losing a moment i pulled chain to stop the train.”

Train guard and Britishers of that compartment were stunned.

Learning:
One should no Judge other on Base of Their Appearance.

You May Also Like: Indian King Jai Singh and Rolls Royce Famous Story

Search Keywords: Incident between Indian Man and Britishers on Train – Story from History of India, Story for Engineer’s Day, Importance of Focus and Knowledge Famous Indian Personalities Stories to Share