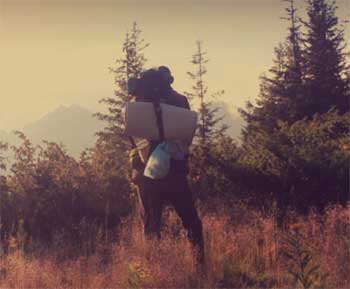 Once a traveler was passing by a forest. It was hot afternoon and was feeling very tired. After a while he sat under a tree to rest. He felt relived sitting under shade of that tree.

While resting he started to feel thirsty and thought that only if he could have some water then he could quench his thirst. As soon as he wished for water, a pitcher full of water appeared before him like magic. He was happy to see water and drank it.

After a while, traveler started to fell hungry and starting to think of food and thought to himself only if he could have some food to eat. As soon as he thought of it, a plate full of tasty food appeared before him. He ate to his full satisfaction.

Eating too much food made him drowsy. He lied down under that tree and he murmured to himself, “It’s too difficult to sleep on this rough surface. it would be nice if i could sleep on soft bed..”


As he uttered these words, a very soft comfortable bed appeared before him. As soon as he saw that bed, he took it and slept on it.

Traveler was unaware that he was sleeping under not any ordinary tree but Kalpavriksha (A wish-fulfilling divine tree in Hindu mythology).

After a while, when he woke up from his sleep, he saw that it was almost night time and he was all alone in forest.

As soon as he thought of it, a ferocious tiger appeared and killed him.

Moral:
A Positive Thinking leads to Positive Results. It anticipates Happiness and Favorable result from every situation. Hence, we should always be Positive.