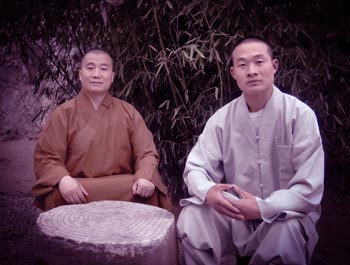 A young disciple wanted to learn Wisdom so he went to Zen master and requested him to accept him as his disciple. Master accepted him.

Young disciple used to admire his master a lot. So he decided to observe his behavior minutely and believed that if he did everything the way his teacher did then he would be able to acquire the same wisdom as his master.

So he started imitating his master working and do things as his master did.


Secondly, He started sleeping on straw mattress as his master did.

His master noticed all this changes in his disciple behavior and understood what’s going on so he called him to his room.

When disciple came master asked, “Why did you change??”

Young disciple replied, “I am climbing step of initiation.. Color of my clothes shows the simplicity of me, Vegetarian food purifies my body and lack of comfort brings me more close to nature and spiritual things.”

Master smiled and took him to a field where horse was grazing and said, “Look at horse.. he has white skin and eats only grass and sleeps in stable on straw bed. Do you think that he is a teacher or saint??”

Master continued, “All this time you spent was on the outside of yourself but what matter’s most is the inner self.”

Disciple understood what master said and continued to work hard for spiritual enlightenment not from just outside but inside from his heart.

Moral:
To Understand and Learn Wisdom we need to Find and Change our Inner Self not just the Outer Self.