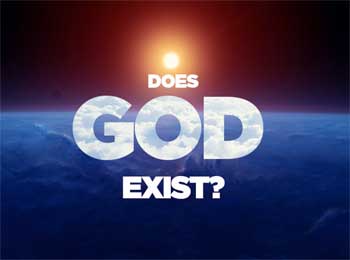 Once a man went to his barber’s shop. Barber and man often used to talk about various topics like politics, sports etc. Today, they started to talk about existence of God.

Barber said, “Just look down the street and you will understand that there is no God. There are so many people who are ill. So many orphan kids, helpless old people, war going on and so on. There is so much pain and suffering. You tell me if God was there, then there would be so much wrong happening in the world.”


Barber continued, “I can’t believe in existence of such God who would allow all such things in this world. Tell me where is God?”

Man thought for a moment but then kept quiet to stop continuing the debate on this topic. Barber completed his work and man left from shop.

After walking a small distance, man stopped. After a while he saw a poor middle aged man with big beard and mustache. It seemed like that man hadn’t bathed or washed for long time.

Man immediately went back to barber’s shop. He went inside said, “You know. There are no barbers in this world!”

Barber laughed and said, “How can you say so. I am here, standing in front of you!”

Man said, “No. There are no barbers because if it was so…”

Just at that time, that middle-aged man walked by barber’s shop. Man pointed toward him and said, “You see that man and his long beard and mustache. How is that possible if there are barbers.”

Barber replied, “Brother, there are barber’s but there are many people who doesn’t come to barber.”

Just then man said, “Absolutely right. Similarly God exist but people don’t go to God. They don’t believe him or trust him. They don’t try to find him. That’s why there is so much pain and suffering in this world.”

You May Also Like: Who is Your Greatest Devotee? Narada Question to God Vishnu

Search Keywords: If God Exist – Why there is Pain and Suffering? Barber and Man Interesting Conversation, Deep Meaning Story about God

One thought on “If God Exist – Why is there Pain and Suffering?”