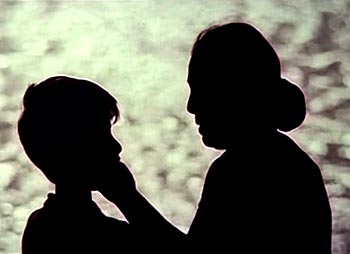 Once a kid used to live with his mother. They were poor and could earn just to manage their needs. Mother had only one eye and because of that kid used to thing of her as embarrassment.

One day when Mother went to kid’s school, everyone in school laughed at him and taunted about his mother having only one eye.

Due to this kid started to hate his mother and thought that his mother presence is just an embarrassment for him and he doesn’t want to live with her.

So he decided that he would study really hard and will leave his mother. Kid completed his studies with good grades and landed a good job in other city.


He left his mother and got settled in city. He bought a big house, got married and had kids. He was living a happy successful life. There he had nothing to remind him of his mom and embarrassment caused because of her.

Seeing her he said, “Who are you?? How dare you come to my house??”
Mother understood that her son didn’t want to see her and quietly answered, “Oh, i am so sorry. I may have gotten the wrong address.” Then she just left.

Then one day Kid got a letter from his school about reunion. After reunion, he went down to his old house where his mother used to live. When he entered there he saw that his mother was lying on floor lifeless with a piece of paper in his hand. It was letter to his son.

I think my life has been long enough now. And… I won’t visit you anymore… but would it be too much to ask if I wanted you to come visit me once in a while? I miss you so much. And I was so glad when I heard you were coming for the reunion. But I decided not to go to the school…. For you… I’m sorry that I only have one eye, and I was an embarrassment for you.

You see, when you were very little, you got into an accident, and lost your eye. As a mother, I couldn’t stand watching you having to grow up with only one eye… so I gave you mine… I was so proud of my son that was seeing a whole new world for me, in my place, with that eye. I was never upset at you for anything you did.

I miss you so much. I love you. You mean the world to me.

Moral:
Always Love and Respect Your Parents as We can Never understand how Much Parents sacrifice for us. We should Learn to Respect and Value their Sacrifices and Hard work. When Grown up kids should give Time and Care to their Parents.