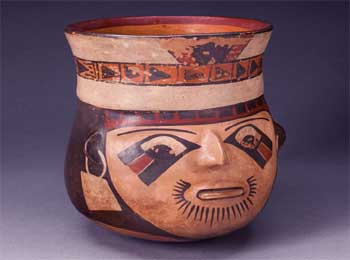 Once a kingdom was ruled by mighty King who was a skilled warrior and was victorious in every battle. Kings of neighboring states also believed in his bravery.

Once he was returning to his city after winning a war. His minister and soldiers were with him.

On the way, King saw a Buddhist monk sitting under a tree. He got down from the horse and went to the monk and laid his head at his feet.

Minister and soldiers who were accompanying King were watching this and didn’t like to see King conqueror of all bowing down his head at feet of a monk who looked like a beggar.


After coming to palace, minister said to King, “You are such a mighty king. You have won so many battles.. Everyone bows down to you. You head should be held high and yet you bowed your head at feet of a beggar monk. I didn’t find it appropriate.”

King smiled but didn’t said anything.

Next day, King called minister and gave him a bag and said, “There are four things in this bag. You take this bag and go to market and sell them all things present in this bag and then come back.. Be careful, don’t peep into this bag before you reach market.”

Minister went to market with bag. When he opened bag to take things out, he was shocked to see things present in that bag.. The bag contained a chicken head, a fish head, a goat head and a human head.

Minister couldn’t disobey his King’s order. So he went to market to sell those head.

He was able to sold chicken head, fish head and goat head easily but no one was ready to buy human head.. Not able to sell human head. In evening, minister returned to King without selling it.

King said, “No problem, try one more time. But this time you give the human head to someone without taking any money in return.”

Next day, minister went again to the market with that head. He tried to give human head to people for free but even for free, no one took that head. At end of day, minister understood why King has asked him to do this.

Minister returned to palace. When minister reached King, King asked him, “Will you keep my head with you after my death?”

Minister bowed down his head in guilt.

The King said, “What happened if I bowed the head at the feet of a monk, which no one wants to take even without a price. Humbly bowing my head, I got the blessings of the monk. Remember, False pride has no meaning.”

Learning:
False Pride is Futile. A Humble person always Flourished and an Arrogant person Breaks down at some point like his Pride.

You May Also Like: Monk Alms-Pot Story – How to Pacify Human Desires