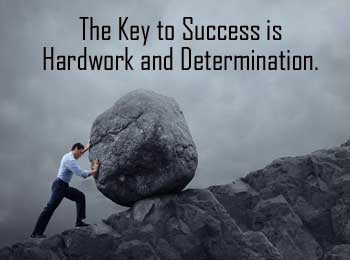 Once upon a time in a kingdom, a King’s advisor was famous for his wisdom. One day while going to palace with one of his friend and on his way, he saw a dead mouse..

Seeing that mouse he said to his friend, “Even from such small beginnings as this dead mouse, an energetic young fellow could build a fortune. If he worked hard and used his intelligence, he could start a business and support a wife and family.”

There was a young man who heard that and knew about king’s advisor. So he decided to follow his advice and then picked up that mouse and went off with it.

As luck would have it, son a shopkeeper stopped him and said, “Can i buy that mouse?? My cat has been pestering for a mouse. I will give you two copper coins for it..”


Young man happily accepted and left off with those two coins. On his way he saw a cake shop and bought cake worth 2 copper coins.

He took some water and those cake, and sat on road side at road crossing. As he expected, some people were returning from their work. Seeing young man, those people bought those cake and water in return for some flowers they had.

By evening time, he got some flowers with him and sold them in city. He got himself some money by selling those flowers.

Next day again, young man went to sweet cake shop and bought some cakes then again sold them to people returning from work. This went on for few days until one day because of storm and rain he couldn’t sell those cakes.

On his way back to home he saw big garden which seemed untidy as many branches have been blown off trees because of wind and were lying around. He went to gardener and said to him that he will clear away garden for him, if he could let him keep branches. Gardner agreed.

Just then he looked around and saw some kids playing, he called them and said, “if you help me pick sticks and branches, i will give you one cake each in return..”

Kids agreed and helped him. He took all those sticks and went along his way. On his way, He saw a potter and he knew potter is always looking for good wood. So he went to him and as expected potter bought those woods and paid young man handsome price for those.

With all the profit he made during this time, he opened up a refreshment shop. His shop was earning well. Some days he would offer sweet cakes and water free of cost. He built up a good reputation and made many friends through his shop.

One day, one of his customer informed him that a new ship from foreign country had anchored in port. Young man saw this a new opportunity and thought up of a good business plan.

He knew that the foreign ship was from a country that had no rubies of its own, where gold too was expensive. So he went to one of his jeweler friend and bought a valuable gold ring with embedded ruby at low price. He met ship’s captain and gave that ring as advance on his commission because of which caption agreed to send all his passengers to him for snacks.

Soon Young man’s shop became best shop in city. Acting as a middle man in this way, after several ships came into port, in couple of years the man became very rich.

One day he remembered about King’s advisor and decided to pay him a visit. With him he bought gold coin worth half of his entire wealth as gift for King’s advisor.

Advisor was amazed to receive such generous gift and asked, “How did you earn so much wealth to afford such a generous gift?”

Young man told him all about his journey.

Hearing all this, the royal adviser thought to himself, “It would not be good to lose the talents of such an energetic man. I too have much wealth, as well as my beloved only daughter. As this man is single, he deserves to marry her. Then he can inherit my wealth in addition to his own and my daughter will be well cared for.”

This all came to pass, and after the wise adviser died, the one who had followed his advice became the richest man in the city. The king appointed him to the adviser’s position. Throughout his remaining life, he generously gave his money for the happiness and well being of many people.

Moral:
With Hard work and Ability, Skill and Good Relation with People, Even from Small Beginning One can Achieve Great Heights.