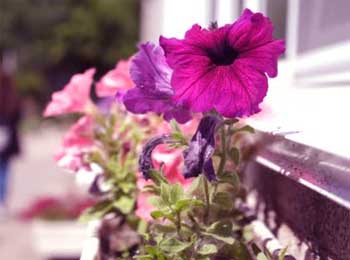 Once a Guru had three main disciples. As Guru ji was getting old, he decided to chose one of them as his successor.

To test the intelligence of three, one day he called them and said, “Listen, I am going to a pilgrimage for a few months. Here are three bag with seeds inside them. All of you take one bag each and keep them until i return. When i return i will check these seeds.”

Disciples took bags and went back to their back.

After Guru’s departure, first disciples thought very carefully and kept those seeds in a safe place so that he can give them back to Guruji when he returns.


Second disciple thought that if seed are kept with him for months then they would be spoiled. So, he sold them in market and decided to buy some seeds from market when Guruji return.

A few months later, Guruji returned and called his disciples.

First one took out a bag of stored seeds. When he checked all the seeds had rotted.

When Guruji asked second disciples for seed, he went to market and bought back many seeds and gave them to Guruji.

Atlast, Guru ji asked third disciple, “Where are seeds i gave you?”

Disciple took his Guru to courtyard, showed him garden there and said, “See, seeds you gave me are now numerous flowers and seeds.”

Guru was happy to see lots of flowers and decided that third disciple will become his successor.

Learning:
Whatever we have, survives only by distributing or increasing. If one have something with him instead of keeping that with him, he should think of ways to utilize them and increasing them.

You May Also Like: Zen Master Test for Boys!