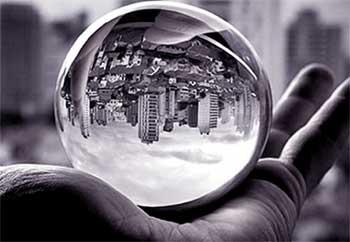 Once in a village, an old man was walking back from his work. On his way back he saw something shiny behind a tree.

When got near tree and check that, he found a crystal ball. As soon as he picked up that ball, a voice came from it which said, “I am a magic ball and i can grant any one wish to you.. What do you wish for??”

Old man was happy to hear that. He thought a lot but couldn’t think of anything he want. So he thought that he should wait and decided what he want and till that he would keep that crystal ball with him. So he kept that ball in his bag and left..

Days went by but old man couldn’t think of anything. One day his friend came and saw that crystal ball. When friend asked about it, old man told him about it’s magic.


After knowing about crystal ball magical power. Old man’s friend took that ball and showed it to everyone in village.

Everyone in village got excited and started to wish for things they wanted. Some asked for palace, some for gold.

Even after getting there wishes fulfilled villagers weren’t satisfied as they couldn’t ask for more than one wish. Soon everyone was angry and became unhappy.

Then one of the villagers took that crystal ball and went back to old man and said, “Everyone got everything they wanted still they are unhappy.. please help..”

Old man understood and took that ball in his hand. Then he wished, “I wish that everything would became as it once was before villagers had tried to satisfy their greed.”

At that instant everything that was granted by crystal ball to villagers vanished. Soon villagers grew happy and content once again.