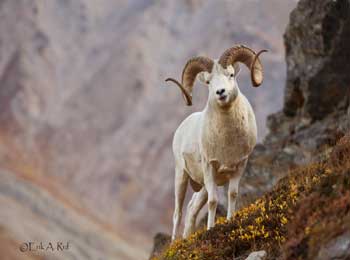 Once in a village lived a shepherd who was very greedy. He had some goats, which were his only means of livelihood.

One day he took his goats to graze on hill near by forest, far away from village. He set out on new path in search of good grass. As he moved little further away, suddenly it started raining heavily.

When he went inside, he was surprised to see that there were many big wild sheep present there.


Seeing them, he thought, “If these sheep became mine, i would be the richest person in village. This is good opportunity to lure sheep out and take them with me.”

Thinking this he came back to place and started to collect grass and soon he made a big bundle of grass but he didn’t have anything to tie it. Then he looked at his goats which he had tied using ropes. Seeing goats, he thought, “Now i have many sheep, why do i need these goats.”

He immediately untied goats and with the help of rope he tied a big bundle of grass to take to sheep and lure them to village with him.

With bundle he once again reached at place where sheep were present and started feeding green grass to those sheep. For long time, he stayed there feeding those sheep.

When storm subsided, he went out and saw that all goats had gone away. Shepherd didn’t regret departure of his goats, he was rather happy that he got so many sheep together for free.

Thinking this he turned back and went back to get sheep but he was shocked to see that sheep were leaving. As soon as rain stopped, sheep started to jump to other side.

Shepherd ran fast to them and tried to stop them from leaving but sheep were too many and he alone couldn’t control them. In no time all sheep disappeared from his eyes.

Shepherd got angry at those sheep and shouted, “For you i left my goats untied in the rain. I fed you all by cutting green grass with so much hard work and yet you left me..”

Shepherd sat there regretting. When his anger subsided, he understood that it was not sheep that were selfish but he himself was the one who was greedy, who left his goats because of sheep.

Learning:
Person who leave the company of his loved ones by being trapped in selfishness and greed is left alone at end and has to repent.

You May Also Like: Fisherman and Greedy Gatekeeper Story