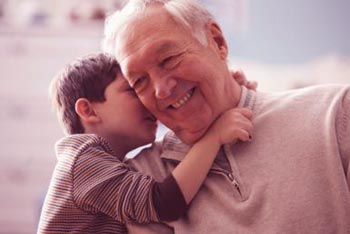 Once a little boy went out with his grandfather. While roaming around in market at one place they saw that a shoe maker was being insulted by customer.

Customer was shouting at him and complaining about that something was wrong with his shoes that shoemaker made for him.

Even after seeing that customer was shouting at him, shoe maker calmly replied to him and apologized. He even promised him that he would not repeat the mistake and give him a better pair of shoes next time.

After seeing this grandfather and kid continued to go further. After a while they saw a coffee shop and went inside.


After getting seated there, they ordered some snacks and coffee.

At table next to theirs, they saw a waiter requesting man to move his chair so that he could get by but instead of moving his chair that man started to abuse that waiter and even refused to move that chair.

Seeing this grandfather said to little kid, “Never forget what you have seen today..”

Grandfather said, “Now you saw that man next to us did not want to move.. even when waiter requested him to..”

Grandfather continued, “From this you can learn that, Men who perform some useful task are not bothered by the way they are treated.. Even if someone treat them as useless..

It’s because they believe in their work and get back to work with all their heart..

But men who do no useful work always think of themselves as important and hide their incompetence behind their authority...”

You May Also Like – It’s Up to Us What we Choose..