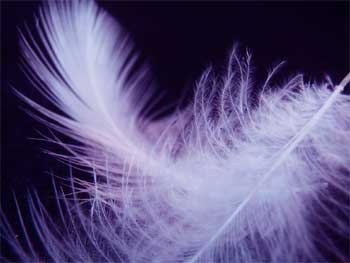 Once upon a time, in a village lived a priest. One day while he was yawning suddenly a small feather of bird flew into his mouth and got stuck in his throat.

Priest tried to spit it out and after much try it came out. Priest was surprised on seeing a Egret’s (a kind of bird) feather. He wondered how did it happen as it was a rare bird in that region.

Soon he reached home and told his wife, “Today a Egret’s feather came out of my mouth..”

Wife was puzzled but before she could ask anything, he said, “Don’t tell anyone about it as people might think of it was a bad omen..”

Next day in the morning she called out he neighbor and said to her, “I know something important but i can’t tell to anyone.. If i tell you can you keep it a secret..?”

Neighbor’s wife replied, “Of course.. you can tell me.. I will keep it to myself.”

Priest wife told her whole story and told her that she was worried if it’s a bad omen.

Neighbor’s wife replied, “Don’t worry about it too much.. such thing happens.”

Neighbor’s wife was too thrilled by the story and thought to herself, “I have to tell about it to someone..”

As soon as she got some free time. She saw her friend passing by. She called her and said, “Did you hear about priest??”

Friend replied, “What is it??”

Neighbor’s wife said, “I will tell you but you have to keep it a secret..” She told her whole story and made it sounded like a whole bunch of Egret’s feather came out of priest’s mouth..”

Friend agreed to keep it secret and replied, “It’s unbelievable.. especially when we know that priest is vegetarian..”

As soon as she reached her home. She went to her neighbor and told her that, “A whole Egret came out of priest’s mouth..”

Soon whole story spread in village. It changed from “one feather to hundreds of birds of different sizes..!!”

Huge crowds thronged to the priest’s house to see this miracle.

Priest insisted to them that no bird came out of his mouth yet no one listened to him. At last he decided to leave village because of that rumor.

Moral:
Rumors can create Big problems for someone’s Life. We should avoid Gossip or Rumor from spreading.

If you want to Keep Secret then Never tell anyone about it. If you can’t keep it to Yourself than don’t Expect from anyone else..!!

Keywords: Gossip and Its Consequences – Rumor about Priest Story with Moral Lesson, Avoiding Gossip/Never Spread Rumors about Anyone