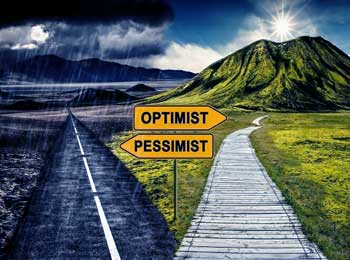 In old times, two farmers lived in a village and both of them were very poor. They had little land to work on and worked hard in it to take care of their own and their family needs.

Suddenly after sometime, both of them died on same day. Yamraj (God of Death) took both of them together of God.

God asked them, “What was missing in your life?”

Hearing this, one of the farmer said angrily, “You gave me a very painful life. You didn’t gave me anything. All my life i had to work in fields like a bull. Whatever i earned would be spent on just feeding myself and my family. I couldn’t buy and wear good clothes nor could feed my family good food and whenever i was able to make some extra income, someone would come and take away all. I had nothing left with me.”


After listening to him God again asked, “What do you want now? What should i make you in your next life?”

Listening to this farmer replied, “God, do something so that i never have to give anything to anyone. I only receive money and things from all sides.”

Farmer became silent after saying this. God said, “Ok. You can go now. I will give you the life you have asked for.”

Now, it was turn of another farmer. God asked him, “What was missing in your life?”

There was only one shortcoming in my life, which i regretted my whole life and still today.

Sometimes, hungry or thirsty people used to come to my door, to ask for food but i was not able to give then food due to lack of food and they had to return hungry from my door.”

Farmer pleaded with God, “God, Do something so that no one will ever go thirsty or hungry from my door.”

God said, “Ok. You can leave now. You will be given what you asked for.”

Both of those farmer got born in same village on same day. They became adult.

On other hand, farmer who didn’t ask God for anything except that there would be never a day when anyone have to leave his house thirsty and hungry became the richest man of that village.

Moral:
There are two aspects of life positive and negative. It depends on your thinking whether you see things positively or negatively.

It is often seen that, mostly people always like others things more and because this they are not able to live their life well either.

If you want to live a good life, Think good. Do not count just shortcoming of your life rather enjoy what God had given and always have a sense of gratitude and service towards others.

You May Also Like: Result of Positive vs Negative Words!!