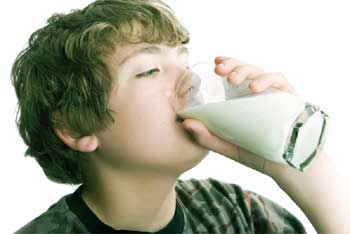 There was a poor boy who made a living with selling various objects door to door, to pay for his school. He was very hungry and felt he couldn’t walk even a few steps. He decided to ask for food at a house. He knocked the door and was stunned to see a beautiful young girl at the door step. With so much hesitation, in spite of his hunger, he asked the girl to offer a glass of water.

The young girl understood his hunger through his eyes and offered him milk in a huge glass. With astonished look he drank the milk very slowly. And asked how much I owe you for this milk?

The girl replied ‘I don’t accept anything for kindness.’ With big smile in his face, the boy thanked the girl from the bottom of his heart and left the place.

Years passed by. The young girl fell ill and was diagnosed with the rarest kind of nervous condition, which was a complicated condition to treat. While many experienced doctors baffled at her condition, she was taken to a big hospital to study about her condition.


Dr. Kevin, a renowned specialist was called in by the hospital to examine her. He gave a visit to the hospital where she was admitted to learn about the rare condition. As he entered her room, Dr. Kevin immediately identified who that woman was!

With all his efforts and knowledge, Dr.Kevin battled hardly with the disease for weeks and months. At last, he won over the disease and the woman was completely cured. Everyone praised the doctor, while the woman was quite afraid about the hospital bill as she could not afford to pay.

Dr. Kevin asked the hospital to send the bill to him as he would add his charges. After receiving the hospital bill, he wrote a note and sent it to her. With lots of fear, she opened the bill and had no idea how much she was charged.

Her eyes filled with tears and happiness once she opened the bill. She found the bill cancelled and that was not the reason for her happiness.
She saw the note written by Dr.Kevin – “Bill Paid years ago with a glass of milk!”

One thought on “Glass of Milk Short Story”