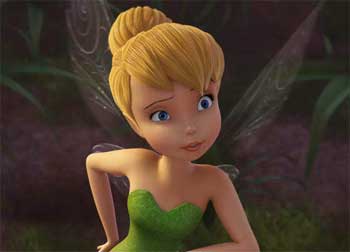 Once a couple were out to celebrate their 45th wedding anniversary. They went to a restaurant for dinner.

After meal, on this occasion husband presented wife with a very beautiful antique gold chin with locket. Wife was very happy and she opened locket.

A tiny fair appeared in front of them. Couples were amazed to see that fairy.


Addressing the couple fairy said, “Your such long devotion to each other has released me from this locket. Now in return i grant you both one wish each. Wish for anything you want..!!”

Without thinking much wife wished, “Can i travel all around world with my husband?”

Fairy waver her wand and her wish was fulfilled. Magically on table there were two first class ticket for Round-the-World tour for them. Couple were very happy to see that.

Now fairy turned toward husband and said, “Now, your turn.”

Husband thought for few seconds and then said, “Forgive me but to really enjoy that holiday around the world, I yearn for younger women – So i wish that my could be thirty years younger that me.”

Fairy glanced at wife and with twisted look in her eyes, fairy waved her wand and with in second – Husband became 30 years older than his wife. 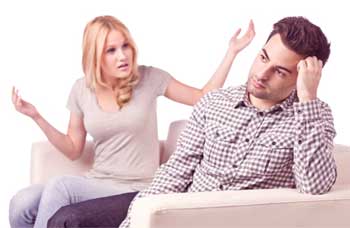 Once there was a couple, Husband used to drink a lot and mess up things when come home which used to anger his wife and they used to fight a lot about it.

One day Mark wake up at home in morning after a huge hangover. He forced himself to open up his eyes and first thing he sees in front of his eyes were a glass of water and some aspirins for his headache on the side table.

After taking pills he sit up straight on his bed and sees that his clean and ironed clothes were kept on table. He was surprised to see this.

Again he looked around and saw that everything around him was in order and clean. He saw that there was a note on table. “Honey breakfast is ready and i am leaving early for some work. Love You” was written on the note left by his wife.

After reading note mark went to kitchen where he saw that morning newspaper was kept aside his breakfast. He saw that his son was also sitting there eating.

His son replied, “Dad, last night you came home at three in morning, you were drunk and out of control. You broke some furniture and puked in way and even stumble into door.”

Confused husband asked, “So, why is everything in order? Why you everything is so clean and organized?”

His son replied, “Oh that..!! When mom dragged you to bedroom and tried to take off your clothes. You said… Lady please leave me alone, Am married.!! ”