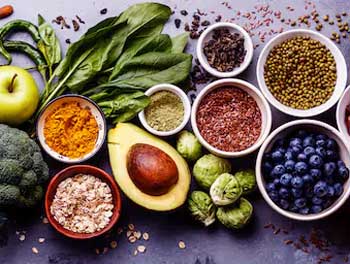 Titanium dioxide is a food Additive that can be found in a variety of Foodstuffs like ranch dressing, coffee creamer, icing and powdered sugar.

Green, Yellow and Red bell peppers are not actually the Same Vegetable.

Gummy Candies get that Glossy sheen because They are coated with Carnauba wax, the same stuff that is used on Cars to make them Shiny.

Chances are, Raw oysters are still Alive when you Cat them. Once they Die, they are No longer Safe to Eat.


Bananas along with Cucumbers and Kiwis are classed as Berries whereas Strawberries, Blackberries and Raspberries are Not.

Grapes will Explode if you put them in the Microwave.

That Burning Sensation you get when you Eat spicy peppers is a Mental reaction, Not a Physical one.

The ground beef used to make Burgers, both in Fast food places and Grocery stores is made of a Collection of Muscle tissues.

If you Ingest nutmeg in Large doses, It works like a Hallucinogen due to a Natural compound in it called Myristicin.

A common Red food dye, Carminic acid is made from the Crushed bodies of a Beetle called the Dactylopius coccus.

Acid is the Biggest cause of Tooth decay, not Sugar.

High-frequency sounds enhance the Sweetness in food, while Low frequencies bring out the Bitterness.

Expiration dates on Bottled water have nothing to do with the Water. Water can’t Expire but the bottle it can. Plastic bottles will Eventually start Leaking chemicals into the Water.

Honey is Bee vomit. When bees collect Nectar, They Drink it and Keep it in their ‘stomach’. Once they are back at the Hive, they Regurgitate the Nectar into the Hive.

Cauliflower comes in Multiple colors. It actually has Purple, orange and Green varieties.

People who Drink one or more Artificially sweetened drinks per day were Almost three times more likely to Develop Dementia.

Humans DNA is 60% the same as Bananas. Eating bananas can help Fight Depression.

India has the Lowest Meat consumption in the World.

In an Emergency, Coconut water can be used for Blood plasma.

Breast milk is the only Single food that provides all the Nutrients that our bodies Need.

Eskimos use Refrigerators to stop their Food from Freezing.

If You eat an early Dinner or Skip dinner altogether, It increases the Amount of Fat a person Burns while they are Sleeping.

Rhubarb isn’t Toxic but its Leaves are. They contain Oxalic acid, which can Lead to Stomach and Kidney issues.

Pound cake got its name from its Original recipe, which called for a Pound each of butter, eggs, sugar and flour.

One of the most Hydrating foods to eat is the Cucumber, which is 96% Water.