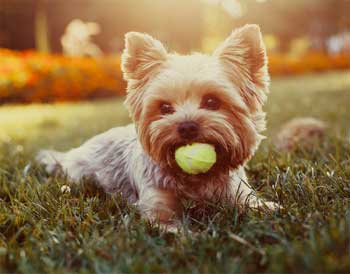 Dogs have three Eyelids. Third lid is called the ‘haw’ and it is responsible for keeping the Eye protected and Lubricated.

Dogs have a Sense of Time. They know the difference Between a hour and five.

Your Dog can Smell your Feelings. In fact, Dog’s sense of smell is approximately 100,000 times better than Humans.


Dogs can be Trained to to detect Cancer and other diseases in Humans. Cancerous cells release different Metabolic waste products than Healthy cells in the human body.

Dog curls up in a ball when they sleep. It’s actually an age-old instinct to Keep themselves warm and to Protect vital organs while they Sleep.

Petting a dog and Gazing into their eyes releases Oxytocin not only for you but for them as well.

Dog is as Smart as a 2-Year-Old Toddler.

A Dog’s nose print is Unique, much like a Person’s Fingerprint.

Your Dog’s Whiskers Help him in The Dark. Those whiskers pick up on even Subtle changes in Air currents, providing dog with Information about the size, shape, and speed of things nearby. This allows Dog to better Sense approaching Dangers or prey even at Night.

Dogs can Hear Higher pitched sounds, Detecting a frequency range of 67 to 45,000 hertz.

Dogs don’t like Rain because the Amplified sound hurts their Sensitive ears.

The Entire body of a Puppy is covered with nerve endings that are Touch-sensitive, The first sense a puppy develops is Touch. They are born Blind, Deaf and Toothless.

Sometimes Dogs roll around in Something because they want to take the Smell of it with them, If they particularly like it.

The Tallest dog in the world is 44 inches tall, was a Great Dane named Zeus.

The Guinness World Record for the Oldest dog breed is held by the Saluki. The Breed dates back to 329BC and were Kept as royal pets in Ancient Egypt.

The Chow Chow and Shar-Pei both have Black tongues.

Dalmatians are born completely White and develop their Spots as they get Older.

The African Hunting dog is the most successful Hunter in the World.

The Basenji dog doesn’t tend to Bark instead they are known to Yodel, whine or scream.

A Greyhound could beat a Cheetah in a Long distance race.

You May Also Like: Cat and Dog Moral Story