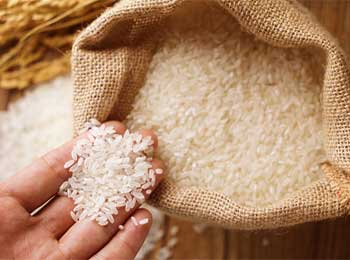 Once in a village lived two friends Rinku and Mohan. Both of them together bought a piece of land and decided to start farming of crops on that land.

Mohan was hard working where as Rinku believed that if he would just sit and pray all day long then God will get all work done for him.

Mohan started working on fields, day and night. He would ask Rinku to come with him to work on fields but he would refuse and instead would go to temple and sit there all day.

Time passed and after months, crop in the field was ready for harvest.


Mohan took the harvested crop to the market and sold all at very good price. After coming home, Mohan told Rinku, “I should get more share of money because i was only one who worked hard in the fields.”

On hearing this, Rinku said, “No. I should get more share of money because i used to go to temple and prayed to God day and night for good harvest. It is because of my prayers that we got such good harvest.”

Both of them got into argument. At last, they both went to village chief for final decision. After listening to both of them, village chief bought two sacks of rice in which pebbles were mixed.

He gave each of them a sack of rice and said, “By tomorrow morning, both of you have to separate pebbles from the rice. What you bring tomorrow will help in deciding who should get more share of money from income you both got from fields.”

Next morning, both came with sack of rice.

Village chief first asked Mohan to show his sack of rice. Mohan’s sack of rice was clean because he worked all night to separated all the pebbles from sack of rice

Then Chief asked Rinku to show how much rice he was able to clean. At this Rinku confidently gave his sack of rice to chief and said, “I have full faith in God. I know all the rice would have been cleaned because i prayed all night.”

When chief opened sack of rice that sack, rice and pebbles were same.

Seeing result, Chief said, “Most of money from selling crops should go to Mohan.”

Rinku was disappointed at decision. Seeing this, Chief said to him, “You should pray to God but even God helps only those who help themselves. One needs to work hard himself to get results.”

Rinku realized his mistake and from that day, he also started working hard in field with his friend.

Learning:
God help those who help themselves.

You May Also Like: Three Teachers – Story about Learning from Others (Must Read)

Search Keywords: Friends Argument and Two Sack of Rice Short Story, Story with Moral Lesson about Importance of Hard work, Praying to God and Working Hard Short Moral Story for Kids, Two Friends Story with Life Lesson, One Must Work hard to get Results Story to Motivate one to Work