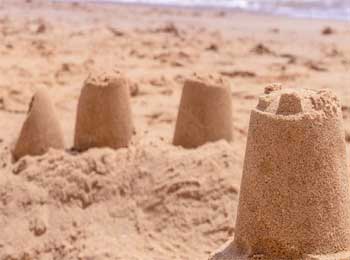 There was a King, who had no son. He tried for long time but still he had no child. One day, King’s advisor went to a Tantrik (Occultist) to seek help. Tantrik gave suggestion that if a boy is sacrificed then a boy will be born to king and queen.

An announcement was made in kingdom, anyone who will give his son to King for sacrifice, will be given loads of gold in return.

There was family in his kingdom which had many children and was very poor. Among them was one boy who would not make much contribution in household work because he spend most of his time attending satsang of saints.

Hearing the King’s announcement, family thought why not give that child to the king for sacrifice and get money in exchange. So, child was given to the King and as promised, King gave his family a lot of money in exchange for the child.


Soon, preparations were made to sacrifice the child by tantrik.

On day of sacrifice, King was also present at place were sacrifice was to be done. Before rituals began, King asked child, “What is your last wish?”

Child said, “Can i get bags of sand.”

Seeing all this tantirk got scared and asked boy, “First tell me what have you done and why?”

Boy said, “The first heap of sand represented my relation with my parents. It was their duty to protect me but they didn’t follow their duty and sold me for money. So i broke it.

Second heap was for my relatives. They should have asked my parents to stop but they didn’t. So i broke it too.

Third heap, O King, was yours because it was King’s duty to protect the subjects of his kingdom but here King himself is trying to sacrifice me, so i broke this heap too.”

Saying this boy got silent.

Boy replied, “Fourth heap belongs to my God. Now, only and only i trust my God. So, here i am sitting in front of it.”

On hearing boy’s answer King was shaken from inside.

He thought, “It is not known whether a son will be born to me even after the child is sacrificed. So why not make this child my own son? This child is so sensible and devotee of God. Where else can i get a child as good as him.”

After much thought, King made a decision. He adopted that boy and declared him prince of the kingdom.

Learning:
One who Trust God complete

ly, will not be Harmed by any means or anyone, this is the Absolute truth.

You May Also Like: Trust God – Facing Difficulties in Life