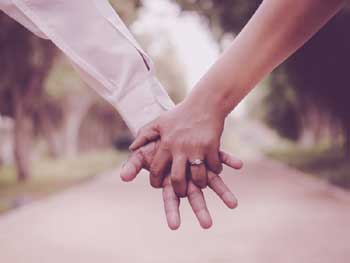 Once a couple gave birth to a boy after eleven years of marriage. The boy was gem of their eyes.

When boy was around two years old, One morning, when husband was going to office, he saw a medicine bottle open but because he was getting late for his office so he asked his wife to cap the bottle and keep it in cupboard.

On other hand, his wife was preoccupied in kitchen with her work and forgot about it.

Little boy was playing around, he saw medicine bottle and fascinated by it’s color, he picked it up and drank it all.


It happened to a poisonous one. A little while later when mother started looking for his boy, she saw that he was lying unconscious on floor with empty bottle of medicine lying near him.

Seeing this, mother hurried him to the hospital, where he was declared dead.

Mother was stunned. She was terrified, how to face her husband.

When call got to husband, distraught father came to hospital and saw child dead, he looked at his wife and uttered just five words.

Husband said to wife, “I am with you darling.”

Husband’s reaction was totally unexpected. His child was dead, can never be bought back to life.

There is no point in finding fault with mother. Besides if only he had taken time to keep bottle away, this would not have happened.

No one is to be blamed. She had lost her only child. What she needed at that moment was consolation and sympathy from husband and that’s what he gave her.

Learning:
If Everyone can look at Life with this Kind of Perspective than there would be Fewer Problems in world.

Sometimes, we Spend time in asking who is Responsible or whom to Blame whether in a Relationship, in a Job or with people we know and by doing this, we miss out Warmth in Human Relationship.