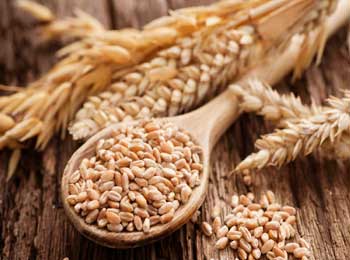 Long ago, a rich man lived in a small village. He had four sons. With passage of time rich man grew old and thought about deciding who should be made heir of his wealth.

To make this decision, he summoned four sons gave few grains of wheat to each of his son and said, “I am going to pilgrimage and will return after four years. I want you to keep these grains and return me.”

After this, rich man left.

Eldest son thought that old man has gone insane, who will remember about this after four years. He threw away those grains.


Second son thought it will be difficult of keep them safe but if i eat it then his father will be happy. Thinking this he ate those grains.

Third son used to pray to God everyday. So, he kept them beside his worship place and started to take care of them. He used to clean them daily and keep them back.

After four years, rich man returned and called his son one by one to his room and asked them about those grains.

First son came and said, “I lost those.”

Second son came and said, “Father, those were your blessing for me from you. So i ate those.”

Despite cleaning and taking care of wheat grains, all grains were rotten within two years. When father returned, he went to market and brought few grains and give them to his father saying, “Father, here are you grains.”

When fourth son came he said, “Father, I couldn’t bring them to you. I will take you to place where i have kept them. Please come with me.”

Rich man couldn’t understand but still went with his son. His son took him to warehouse and showed pointed towards fifty sacks of wheat grains kept there and said, “Here are you grains.”

Rich man was surprised and asked, “I gave you few grains not these fifty sacks.”

Youngest replied, “I got these fifty sacks from those few grains which you gave me. After you left i sowed them in ground and took care of them. When first crop grew, i harvested it and used all those grain again to grow next crop again. This is what i harvested from last crop i sowed.”

Seeing this Rich man understood that his youngest son was the wisest one and decided to make him his heir.

Learning:
This story teaches us that if One Think Wisely and Work Hard then he can make it big using Minimum resource he has.